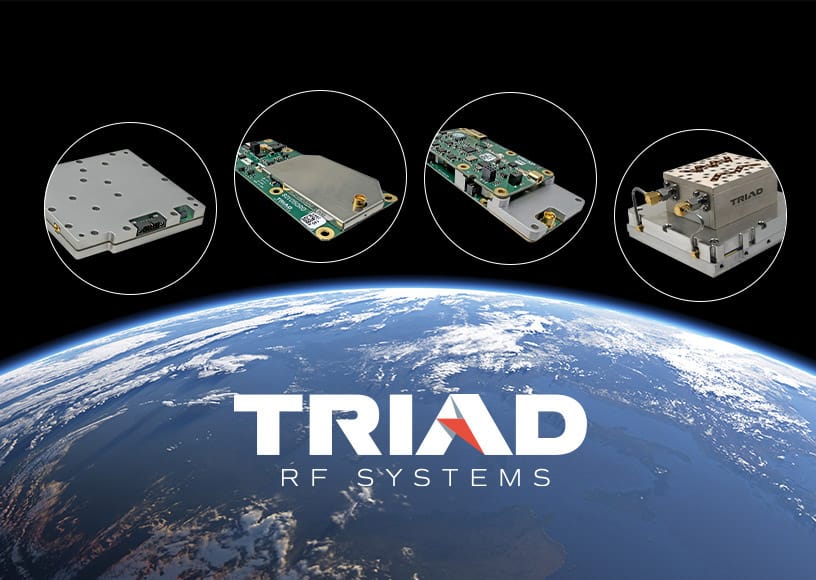 Triad RF Systems has confirmed that its CubeSat products have accumulated over 16 years of combined operating time in Low Earth Orbit (LEO), illustrating the company’s ability and reliability to meet the stringent size demands and efficiency requirements of the NewSpace industry.

Triad’s RF subsystems achieved this milestone by overcoming obstacles that could be found in CubeSat and SmallSat applications, including the extreme temperature cycles of LEO and the shock/vibration exposure associated with space launches and operations.

The company offers products that are customized for use within space and are compatible with both off-the-shelf and customer-designed Software Defined Radios (SDRs). Its RF amplifiers operate in a variety of bands, from UHF-Band to Ka-Band. Triad also produces Up and Down-converters and creates full duplex Tx / Rx assemblies used in FDD radio systems.

These products have been used by various NewSpace companies, including In-Space Missions Limited (BAE Systems) amongst others. Triad RF subsystems were launched on three different SpaceX Rideshare missions within a year: the Falcon 9 Transporter-2 in 2021 and the Transporter-4 and Transporter-5 in 2022, respectively. Over the last five years, Triad built and delivered over 400 CubeSat amplifier and frequency converter products to support critical communications links on customer satellites.