LiDAR is used by militaries and armed forces for a broad range of defense applications, such as battlefield mapping, determining line of sight, aiding in mine countermeasures and the autonomous navigation of military vehicles.

LiDAR (light detection and ranging) is a technology that uses measurements of the reflections of laser beam pulses to calculate distances and form 3D images. LiDAR scanners typically have very high pulse repetition rates and spatial resolutions, making them ideal for applications requiring high accuracy and detection of small objects. LiDAR is also more sensitive to motion of objects than other imaging technologies such as sonar and radar, making it useful for target tracking and detection.

A common application of military LiDAR is 3D tactical mapping of battlefield terrain. LiDAR mapping can be used to build up a picture of the environment for both urban and non-urban mission planning. The resulting images can be used to find out the positions of enemy forces and installations, and determine the exact lay of the land.

Military LiDAR mapping systems may be both topographic and bathymetric, able to precisely image terrain features both on land and in the water. The software used to process LiDAR data may use AI-powered capabilities such as automated feature extraction and object labeling.

LiDAR can be used for a number of naval warfare applications. LiDAR scanners can be mounted on aircraft, manned vessels and USVs (uncrewed surface vessels) to aid in mine countermeasures (MCM) and anti-submarine warfare (ASW).

LiDAR is also used as part of the navigation systems in autonomous military vehicles such as drones and self-driving trucks. It can be used to detect the precise distance between the vehicle and other objects to aid in collision avoidance, and can also be used to build up a map of the surroundings. 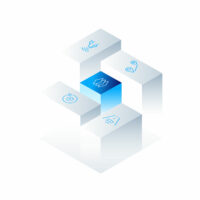