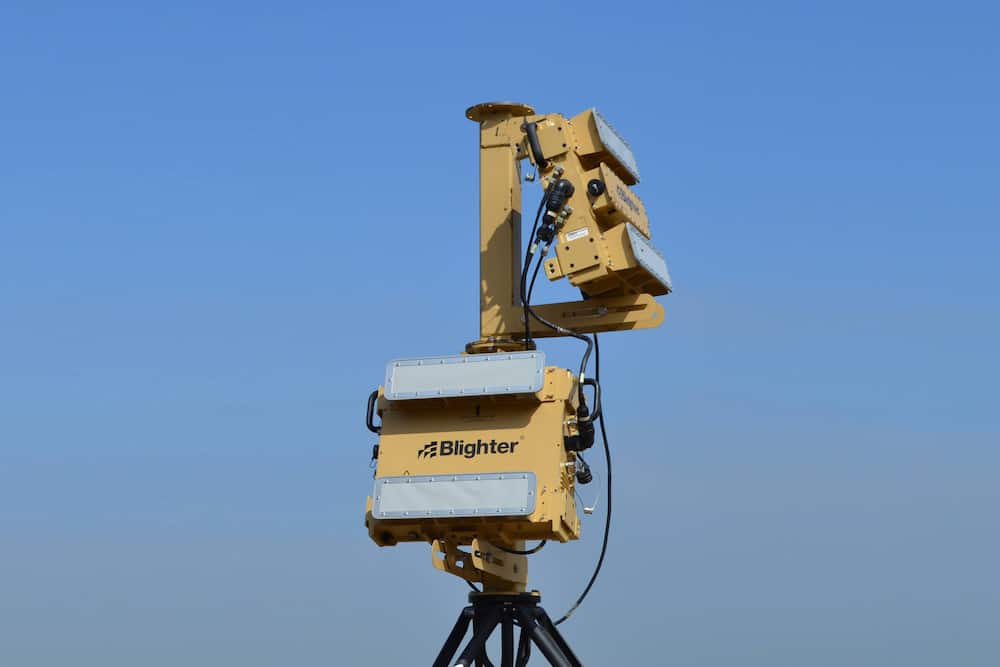 Blighter Surveillance Systems has launched the A422 Deployable Radar System, a ground-based military radar for drone detection and wide area perimeter surveillance in a new configuration that allows it to be deployed rapidly in remote and inaccessible areas.

The A422 is a medium-range air security military radar capable of detecting and reporting airborne as well as ground and coastline targets at up to 20 km, with unsurpassed clutter suppression for near horizon, urban and shoreline operation. The A422 offers moving target detection and Machine Learning (ML) classification to aid long range vision for 180°, designed for the detection of Low-Slow-Small (LSS) targets, excelling at micro-Unmanned Aerial Vehicle (UAV) detection in congested urban environments.

Extremely portable, it can be transported in a vehicle and then carried by hand up to a vantage point, where it can be deployed swiftly and efficiently for covert day and night operation. The supplied kit allows the A422 to be deployed on a modular mast designed for compact storage and simple assembly and adaptability, and it capitalizes on the A422’s low power requirements to allow mains or battery power options. The system includes a remotely deployed ruggedized laptop with an easy-to-use interface which clearly displays targets and permits the user to chart geographic alert zones for the purpose of unattended monitoring of targets.

The flexibility of the new A422-based military radar system means that it can be used in rough or mountainous terrain as well as in urban environments, allowing it to be used for agile border security and rapid response situations such as battlefield reconnaissance or search and rescue operations.

“The Deployable Radar System offers users the best-in-class threat detection capability of the A422 military radar, coupled with unparalleled flexibility in the field,” said Blighter CEO, Angus Hone. “We are pleased to be offering such a comprehensive off-the-shelf solution which exemplifies our drive for innovation and our determination to deliver market-leading solutions.”