Portable radar systems, also known as man-portable radar, are ground-based surveillance devices that do not require a vehicle for transportation. They are typically carried in backpacks by a single operator, or broken down into two lots of equipment and carried by two operators.

Portable surveillance radars are ideal for remote or challenging environments that may be difficult to access by vehicle due to poor or non-existent roads. 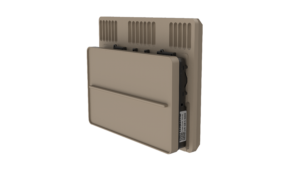 Portable military radars may be used to detect a wide range of targets including people, moving vehicles, aircraft and helicopters, and UAVs (unmanned aerial vehicles). They can be highly useful for counter-UAS applications as they may be able to detect drones that are flown very low to the ground to avoid detection by other systems. The radar systems may be able to classify targets based on size and movement patterns, with the ability to distinguish small drones from other objects such as birds.

Portable radar technologies include FMCW (frequency-modulated continuous-wave) and pulsed Doppler. Some systems may combine both technologies in order to gain the advantages of each, creating a system that provides ground clutter cancellation and the ability to detect very slow movement.

Portable radar systems may be powered by standard military batteries, as well as from vehicle or mains power supplies. They may include a display via which the system can be configured and interacted with, or may connect to a laptop or other mobile computing device via Ethernet. Some man-portable radars have the ability to connect multiple units together in an ad-hoc network in order to extend range and coverage area, and may also be used to cue cameras and other sensors for further observation. 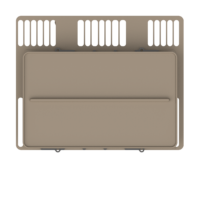