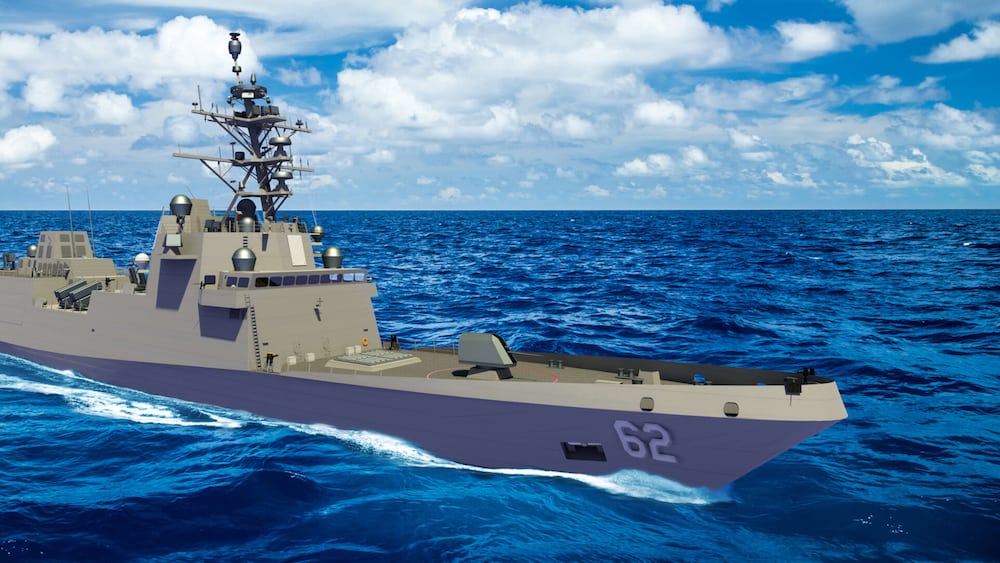 The future USS Constellation moved into the next stage of development as shipbuilders began cutting steel for the ship with members of the Navy, representatives of elected officials and community leaders observing this material start.

Two years ago the Navy selected FMM to design and build the Constellation-class frigate, and since then the shipyard has received extensive upgrades and new facilities to efficiently build these important vessels.

“We invested more than $300 million into our Marinette shipyard to build many frigates for the US Navy,” said Marco Galbiati, CEO of Fincantieri Marine Group. “Using our new facilities and industry-leading best practices, we stand ready to deliver the two frigates a year the Navy requires.”

The Navy is planning for at least 20 frigates to be built in the near future, and Fincantieri intends to be a driving force in this surface combatant community.

“We continue to work extensively with the Navy’s program office to complete first ship design to give the Navy the ship they want,” said Mark Vandroff, CEO of Fincantieri Marinette Marine. “We are better than 80% complete on ship design prior to starting construction, which is consistent with best practices across the naval shipbuilding industry.”

Fincantieri Marinette Marine is on contract to build the first three frigates, which the Navy named Constellation, Chesapeake, and Congress, with a historical nod to three of the original six frigates commissioned by the Navy in the late 1780s. FMM has contract options with the Navy for seven additional ships.

Fincantieri Marinette Marine used the European frigate FREMM as the basis for its frigate design, taking an operationally proven vessel in service around the world and making it even better.