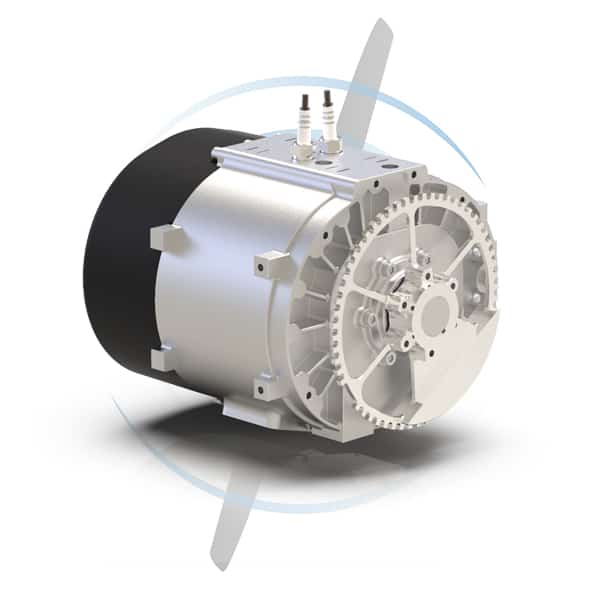 The SP-180 HF SRE is a single rotary engine with 180 ccm combustion chamber and a directly attached starter generator.

The SP-180 hybrid wankel is the flagship of our propulsion portfolio. This wankel propulsion system has a complex patented internal clean sheet design centered around the single cylinder 180ccm configuration.

Due to the nature of wankel, this propulsion system is lightweight, with a much smaller space envelope than its two-stroke equivalent. Minimal radial or torsional vibrations make this engine specifically compatible with high powered optics or sensors.

The engine has an integrated starter generator, which allows the wankel to have several different operating functions.

The SP-180 wankel is at TRL9 with multiple engine systems flying in all environmental conditions globally. The SP-180 has a proven water-cooled housing and oil cooling of the rotor. Predictable maintenance minimizes the engine down time, meaning greater operational capacity.

This engine is a full hybrid engine: