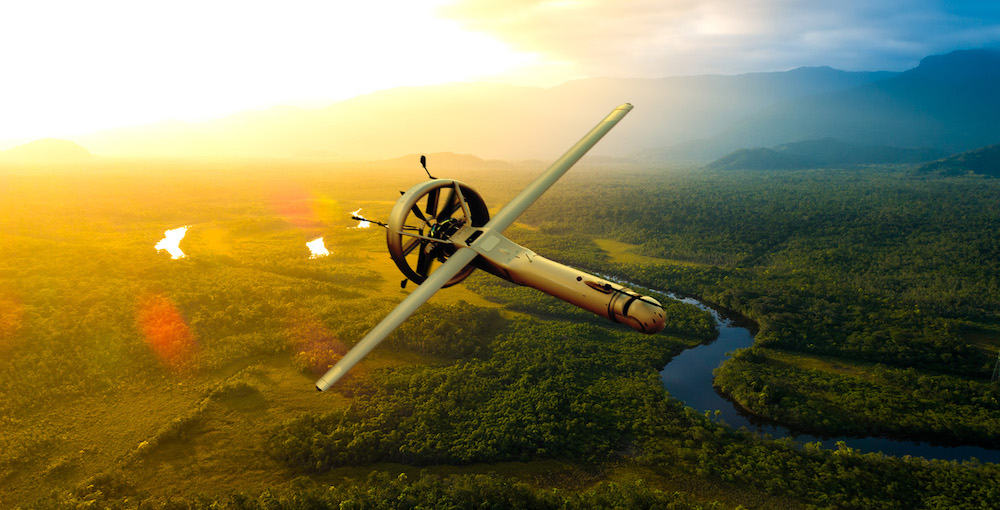 The contract was signed at the V-BAT manufacturing facility in Dallas, Texas in January. Later this year, Shield AI and VSK Tactical will complete V-BAT demonstrations on land and sea in Brazil for the Brazilian Army and Navy.

The innovative V-BAT UAS has near-zero footprint, Vertical Take-Off and Landing (VTOL) and long-endurance capabilities. Propelled by a single, ducted, thrust-vectored fan, it takes off and lands in the style of a SpaceX rocket. Its fully operational logistical footprint fits into the bed of a pickup truck or inside a Blackhawk helicopter, significantly reducing the total cost of capability. U.S. and international customers view the V-BAT as a flexible, cost-efficient platform capable of performing Group 2 UAS to Group 5 UAS missions and beyond.

With a payload of 30 lbs, the V-BAT has an endurance of 10 hours and can support a range of interchangeable and customizable payloads and sensors for land/maritime wide area search artificial intelligence-based capabilities.

“We love supporting partners and allies like Brazil, we aim to make them proud! Personally, I’m pumped up about the utilization of V-BAT 128 for applications ranging from counter-narcotics, maritime security, and oil rig and pipeline monitoring to rainforest security and management. Hopefully we get to see the V-BAT fly up and down the Amazon River. Brazil deserves the best unmanned systems and we’re humbled to play a role,” said Brandon Tseng, former U.S. Navy SEAL and cofounder of Shield AI. “Our terrific partners, VSK Tactical and Contingent Global, share our aim to make Brazil proud, and to help provide game-changing value for our end users. This is only the beginning!”

“VSK believes that V-BAT is the perfect platform that can monitor and provide surveillance of extensive areas of Brazilian borders, with dense areas of forests, numerous areas of aquatic spaces such as lakes, lagoons, rivers, beaches, littoral and coastal regions, as well as assisting Homeland Security to carry on its duties and Public Security Plans,” said Vinicius Bocaiuva, CEO of VSK. “V-BAT is a unique intelligence, operational and investigative tool that enables operations throughout such continental size territory, including the Legal Amazon and the Blue Amazon.”