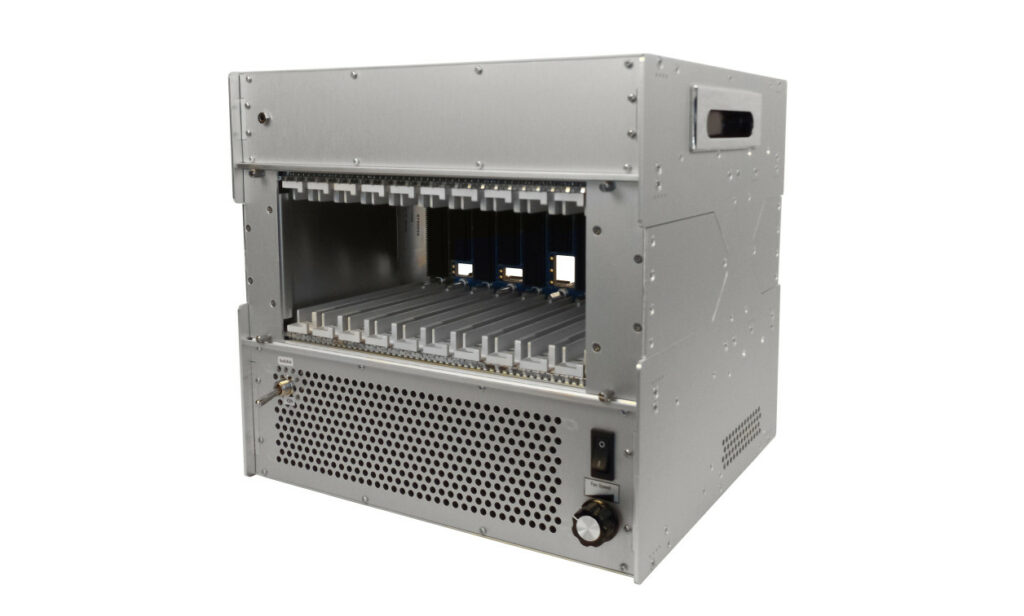 The new chassis platform features removable sidewalls, allowing the open frame enclosure to be optional fully enclosed. The 10-slot backplane has clocking and VITA 46.11 system management connections per SOSA requirements. It has multiple VITA 67.3c and VITA 67.3d cutouts for RF interfaces through the backplane for 3U OpenVPX boards. The speed of the backplane supports 40GbE and PCIe Gen3 signals with high-grade PCB material and back-drilling.

Pixus can also support backplane design speeds to 100GbE and beyond. Other design options of the development chassis include a switch to go from Pixus’ modular fixed PSU to a VITA 62 power supply and card guides for conduction-cooled boards.