The new facility, located at an RAF air base in Wales, manufactures MilDef’s tactical IT platform for the Rheinmetall BAE Systems Land contract and provides a non-EU platform for global sales of MilDef’s products mildef News By DA Reporter / 24 Nov 2022 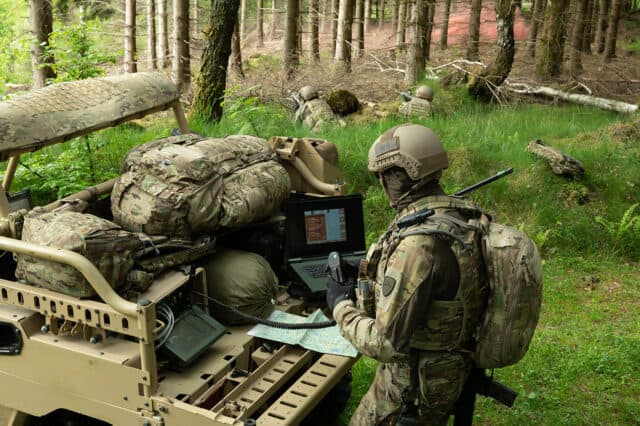 MilDef has opened a new facility at a historic Royal Air Force (RAF) air base in Wales, UK for the manufacturing of MilDef’s tactical IT platform for the £25 million Rheinmetall BAE Systems Land (RBSL) contract won in 2020.

The new facility, located at the Bro Tathan business park near Cardiff, will also provide a non-EU platform for global sales of MilDef’s products.

The production and office building comprises approximately 500 square meters and will primarily deliver on the ten-year contract with RBSL for computers, servers, and switches to the Mechanized Infantry Vehicle (MIV) program.

MilDef believes the expanding UK business will also be used in the context of international trade agreements with former Commonwealth nations such as Australia, New Zealand, and Canada. Initially, six new full-time employments will be created in connection with this new footprint.

”We have a long history of proudly serving the UK market,” said Björn Karlsson, CEO MilDef Group. “With new investments into production facilities, local sourcing, and an expanded team in the UK, MilDef is showing commitment and determination to continue growing. Our technology and local security of supply will support UK military customers for many years to come.”

“The MIV contract has significantly changed the operation of MilDef in the UK,” said Greg Clark, MD MilDef UK. “It has provided MilDef with a springboard to expand its production capability outside of the European Union for the first time in its history. Our focus is now on delivery of the first production units off the UK production lines in 2023.”

The official inauguration of the UK facility is scheduled for the first quarter of 2023 with the participation of representatives from MilDef, Members of Parliament and the Welsh Government.