Elbit's Magni-X micro-UAS will be delivered for service by mid-2023, and features a low radar and acoustic signature and the ability to carry a variety of payloads elbit-systems-uk News By Defense Advancement / 13 Jan 2023 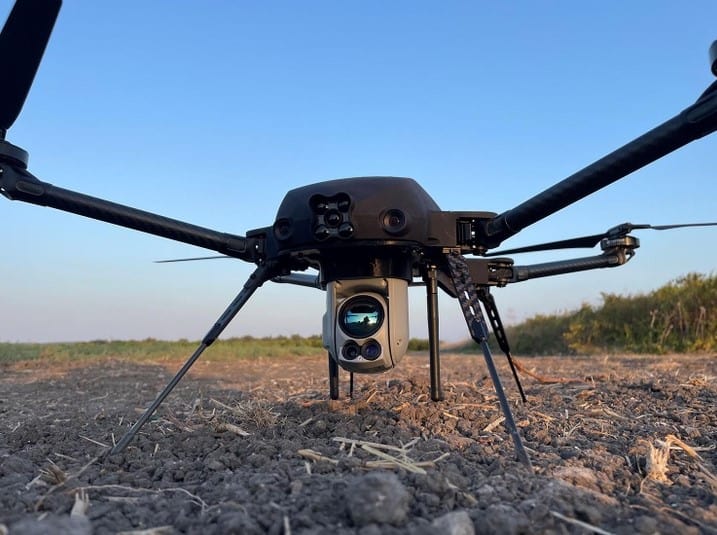 Elbit Systems UK has been awarded a contract to provide Magni-X micro-Uncrewed Aerial Systems (micro-UAS) to the UK Ministry of Defense (MoD).

The contract has been awarded by Defense Equipment & Support’s Future Capability Group as part of the British Army’s Human Machine Teaming framework, with delivery of the micro-UAS to specialist army units expected by mid-2023. In addition, an option has been agreed for the delivery of further systems.

According to Elbit, the Magni-X is a proven military-grade Vertical Take-Off and Landing (VTOL) micro-UAS from a family of quadcopter platforms already in service with armed forces across the globe. The Magni-X is a 2kg, packable, and easily portable mUAS system, which is capable of autonomous flight and can be integrated with Elbit’s Legion-X System to give it swarming capabilities, acting as a force multiplier for soldiers on the ground. The Magni-X that will be delivered will have the ability to carry a variety of payloads, including Electro-Optical and Infrared gimballed cameras, giving users extensive long-range reconnaissance capabilities.

The backpack-portable Magni-X also features a low radar and acoustic signature, and is believed to enhance Short Range Reconnaissance and support combat and intelligence operations for up to 60 minutes at a time.

Martin Fausset, CEO of Elbit Systems UK, commented: “This contract represents another milestone in Elbit Systems UK’s delivery of advanced UAS systems to the UK Armed Forces. The unique capabilities of these systems demonstrates our commitment to being at the forefront of technological advances to support the integration of Robotics and Autonomous Systems to enhance the British Army’s capabilities.”