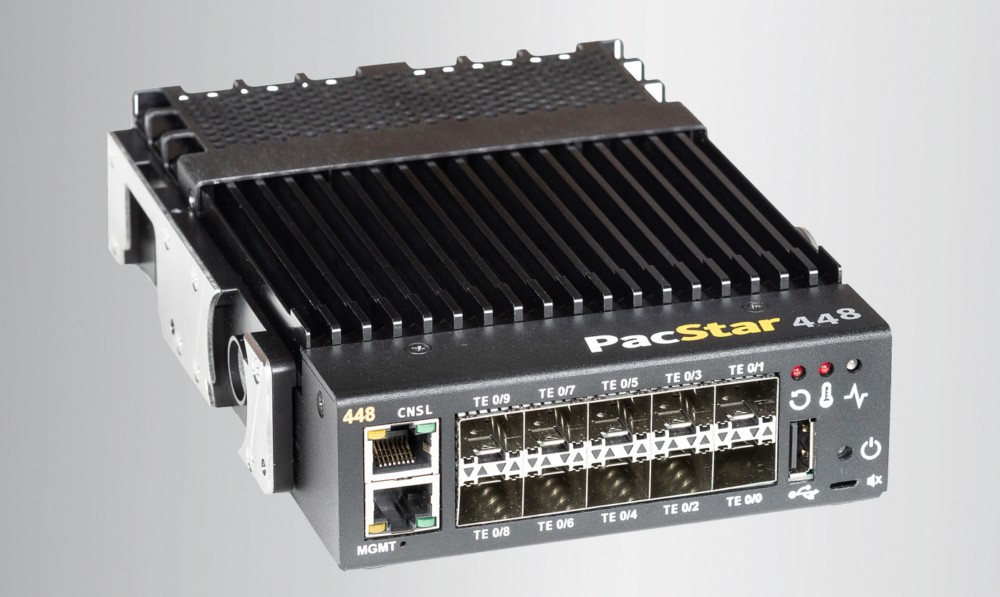 The new PacStar 448 module, based on Cisco® ESS 9300 technology, supports high-speed switching for the MDC’s servers and storage devices. It enables PacStar MDC to perform intensive compute and network tasks in tactical and expeditionary settings.

“Our introduction of PacStar 448, with its ten-fold increase in performance, highlights Curtiss-Wright’s ongoing commitment to supporting and surpassing today’s tactical communications requirements with rapid and continuous innovation,” said Chris Wiltsey, Senior Vice President and General Manager, Curtiss-Wright Defense Solutions division. “While illustrating our leadership position in battlefield network technology, this latest enhancement to our popular PacStar MDC also demonstrates the strength of our partnership with Cisco, as we deliver day-zero release availability of their new Cisco ESS 9300 embedded switch in a rugged, deployable form factor.”