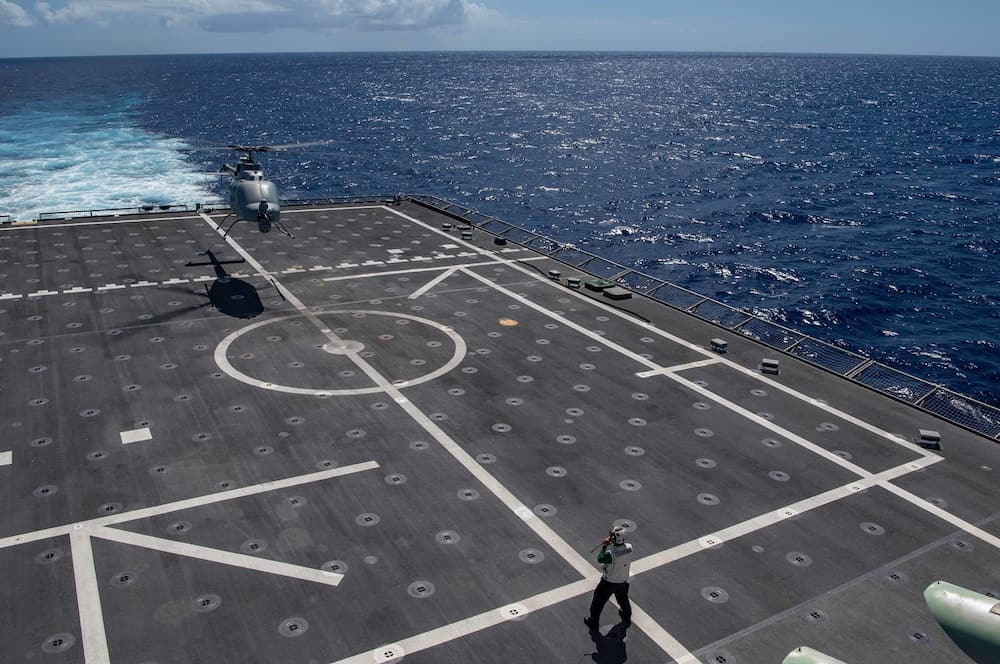 “The MQ-8C Fire Scout is an extremely flexible Unmanned Aerial System (UAS) and a pillar in the Navy and Marine Corps unmanned campaign plan,” said Capt. Dennis Monagle, US Navy. “While Fire Scout will still be active on remaining littoral combat ships, the system is being built into the Constellation-class frigate design, most notably the USS Constellation (FFG-62), as well as other ship classes.”

MQ-8C Fire Scout continues to deploy on littoral combat ships with future deployments planned on Constellation-class guided-missile frigates and operations from shore sites under the Expeditionary Advance Base Operations concept, including potential logistics cargo role. Other potential future roles for the MQ-8C include mine countermeasures and anti-submarine warfare.