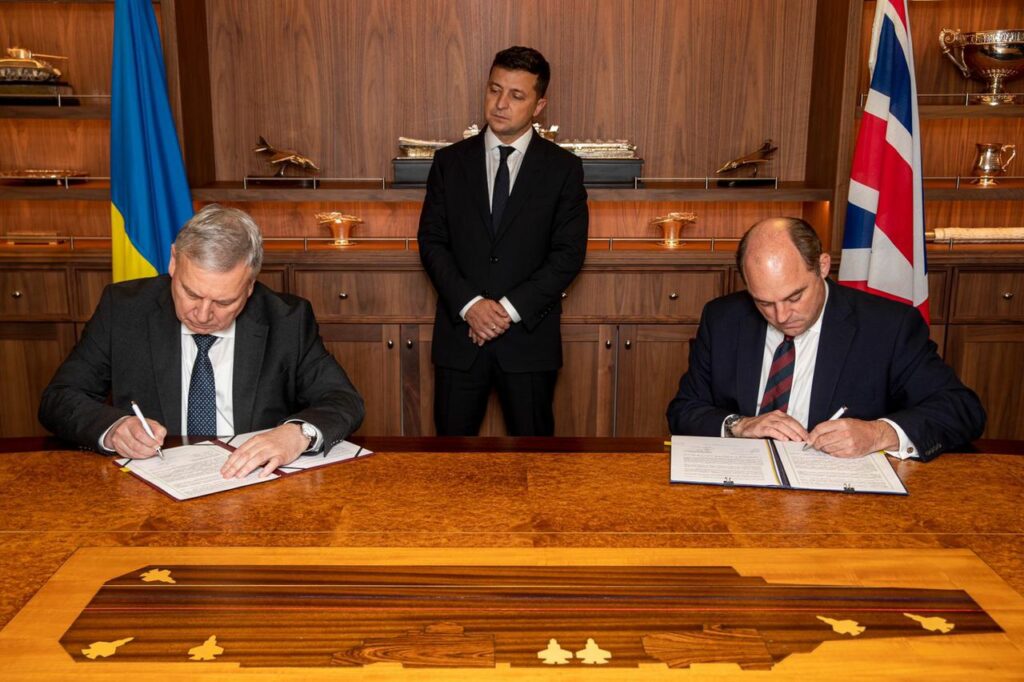 The document was signed on behalf of Ukraine by Defence Minister Andrii Taran. According to him, it is a question of supply of modern samples of military equipment and the newest high-precision armament, adjustment of production of separate types of military production in Ukraine, and also development of bases of the Navy.

“The implementation of these projects will significantly strengthen the capabilities and combat potential of the Ukrainian Navy, as well as the interoperability with the naval component of NATO member states. In addition, we expect that this will be a driver of recovery of the shipbuilding industry of Ukraine and will attract to our economy the latest technologies,” noted Andrii Taran.

Specific measures for the practical implementation of the agreements reached will be discussed during a bilateral meeting between the Minister of Defence of Ukraine Andrii Taran and the Secretary of State for Defence of the United Kingdom Ben Wallace, which will take place on Thursday, October 8.

On October 7, 2020, the Ukrainian delegation headed by the President of Ukraine Volodymyr Zelenskyy visited the naval base of Great Britain “Portsmouth”.

During the event, the delegation inspected the aircraft carrier of the British Navy “Prince of Wales” and held an interactive round table with representatives of British companies, which are considered as potential partners in developing the capabilities of the Navy of the Armed Forces of Ukraine.