The final T7 is the 122nd Explosive Ordnance Disposal (EOD) robot that L3Harris has delivered to the U.K. Ministry of Defence in support of its project STARTER to replace its aging fleet of remote-controlled vehicles l3harris-technologies News By DA Reporter / 07 Jul 2021 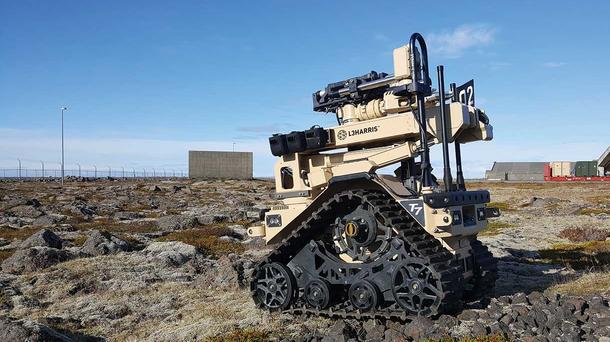 L3Harris Technologies has delivered the final T7 explosive ordnance disposal (EOD) robot in support of the U.K. Ministry of Defence’s (MoD’s) project STARTER to replace its aging fleet of remote-controlled vehicles in use since 1995.

The final T7 is the 122nd EOD robot that L3Harris has delivered to the MoD. L3Harris was initially contracted to deliver 56 robots in 2017 and extended the program in 2019 to 122 robots. The company met each delivery milestone on time over a 30-month period from October 2018 to March 2021 despite the difficulties presented by the COVID-19 pandemic.

The British Army has deployed the T7 robot in the U.K., Cyprus, and Gibraltar. The T7 is being actively trialled and assessed by a number of other military and law enforcement agencies around the world.

The T7 achieves the right combination of strength and durability to complete EOD missions without the need for costly repairs. The robot is purpose-built to operate in extreme conditions and offers support for high-calibre EOD disruptors. Its unique haptic grip controller also provides precision critical to complex tasks, keeping soldiers out of harm’s way.

The T7 robot will be highlighted at the Defence and Security Equipment International (DSEI) conference in London in September 2021.