Terma will be responsible for system integration of the complete air defense system, and advisor on all future air and missile defense procurements across the Danish Defense for the next 30 years terma News By Defense Advancement / 25 Jan 2023 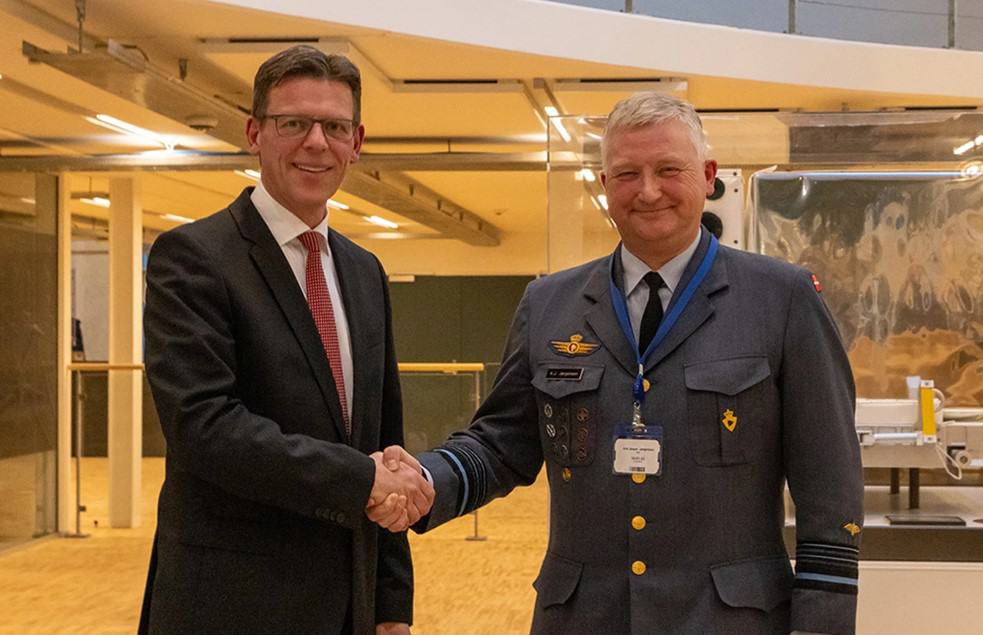 Terma and the Danish Defense Aquisition and Logistics Organization (DALO) have concluded an official agreement for Terma as the overall system integrator of integrated air and missile defense systems for the Danish Defense.

The agreement means that Terma will be responsible for system integration of the complete air defense system, and advisor on all future air and missile defense procurements across the Danish Defense for the next 30 years.

As part of the current defense agreement, DALO is to procure an air defense system for the Danish Defense compliant to NATO requirements for the Very Short-Range Air Defense (VSHORAD) capability that forms part of Denmark’s medium brigade which is a NATO force target. This VSHORAD system can be procured through this new Framework Agreement.

According to Terma, future elements of the air and missile systems are also expected to be part of Denmark’s national defense and will be compliant with interoperability requirements, including the ability to be part of different configurations of air defense capabilities within the land, sea, and air domains. Interoperability requirements follow NATO standards, procedures, and guidelines for the overall air defense domain.

Lieutenant General Kim Jesper Jørgensen from DALO, said: “This agreement is the cornerstone of future work to build a Very Short-Range Air Defence system for the Danish Defence. For security reasons, it is essential that we contract with one main supplier who can take on the system house responsibility for the entire system, including the integration of all subsystems. It is also essential that the overall system integration is carried out by a national supplier to safeguard essential national security interests. This should ensure that any “downtime” is minimized, and that upgrade and maintenance needs can be met without the risk of export restrictions from foreign states or problems with long supply lines. Therefore, I am very pleased to sign this 30-year framework agreement with the Danish company Terma.”

Chief of the Danish Army, Major General Gunnar Arpe, commented: “The acquisition of a modern air defense is crucial for the Army’s continued development. It will help us to have a strengthened army that is equipped for the modern battlefield.”

Jes Munk Hansen, Terma Chief Executive Officer, added: “Terma has extensive experience in delivering air defense solutions including the Danish Army Low Level Air Defence System M/93, DEHAWK to the Air Force, C-Flex to the Navy as well as additional solutions to customers in the export market. We are looking forward to our future cooperation with DALO and the Danish Defence, and to take on the role as overall integrator and system house for the future Danish integrated air and missile defense systems.”

According to Terma, the framework agreement places the company as the prime supplier of all command-and-control software, systems integration and maintenance within integrated air and missile defense for the Danish Army and Air Force. As system house, Terma assumes full responsibility for the overall integration and maintenance. Terma already has the same role on an existing contract with The Royal Danish Navy.

With this agreement, DALO will ensure the rapid and safe delivery of software for command-and-control facilities and the integration of other subsystems, including the integration of modern missile and gun systems, radars, and communications. In addition, the 1st Brigade is assured that future air defense capabilities can be an integral part of the brigade’s operations in the overall air defense, including being able to communicate and exchange data with other air defense systems.