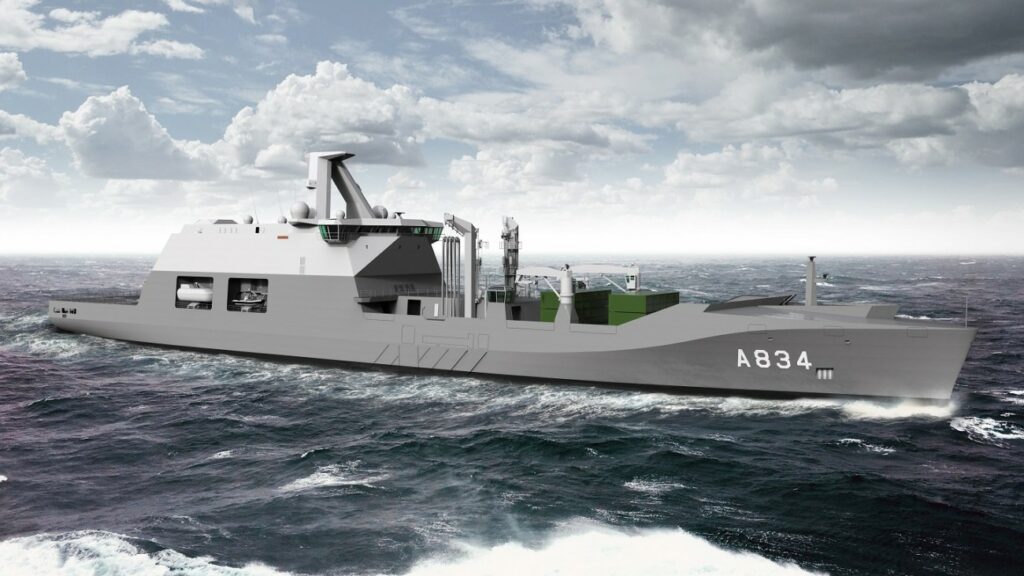 Damen Schelde Naval Shipbuilding has signed a contract with Rohde & Schwarz for the delivery and installation of internal and external communication systems for the Royal Netherlands Navy’s Combat Support Ship, Den Helder.

The Royal Netherlands Navy’s (RNLN) new Combat Support Ship (CSS), Den Helder, to be built by Damen Schelde Naval Shipbuilding (DSNS), will strengthen the navy’s replenishment capacity at sea. Delivery of the ship is scheduled for the second quarter of 2024.

With this contract, RNLN will receive a system based on proven technology and standardized to provide commonality across the Dutch naval fleet. For more than 20 years, RNLN has been using Rohde & Schwarz communications systems on their vessels with high level reliability and performance during daily operations. This commonality offers not only crew familiarity, but also optimizes training, maintenance and many other processes.

Arjan Risseeuw, Project Director of the CSS at DSNS states: “Rohde & Schwarz have a good track record in delivering their equipment to RNLN vessels. We have collaborated with them before, on the Joint Support Ship HNLMS Karel Doorman, for which the Defence Materiel Organisation acted as intermediary for the Rohde & Schwarz equipment it purchased. I am looking forward to working directly with Rohde & Schwarz on this project in order to provide the CSS with a good communication suite.”

Mischa van Santen, Sales Manager at Rohde & Schwarz Benelux continues: “Rohde & Schwarz Benelux will act as the communications system integrator for DSNS. Our local engineering team in Utrecht will make sure that we deliver according to schedule and budget, as well as that the system is supported through life by our Dutch personnel. Rohde & Schwarz Benelux currently also executes work together with Damen Shipyards in Den Helder for the current refit programs of the RNLN support ship, HNLMS Pelikaan, and the Hydrographic vessels, HNLMS Snellius and HNLMS Luymes.”