Spike Missiles and Launchers to be Supplied to German Army 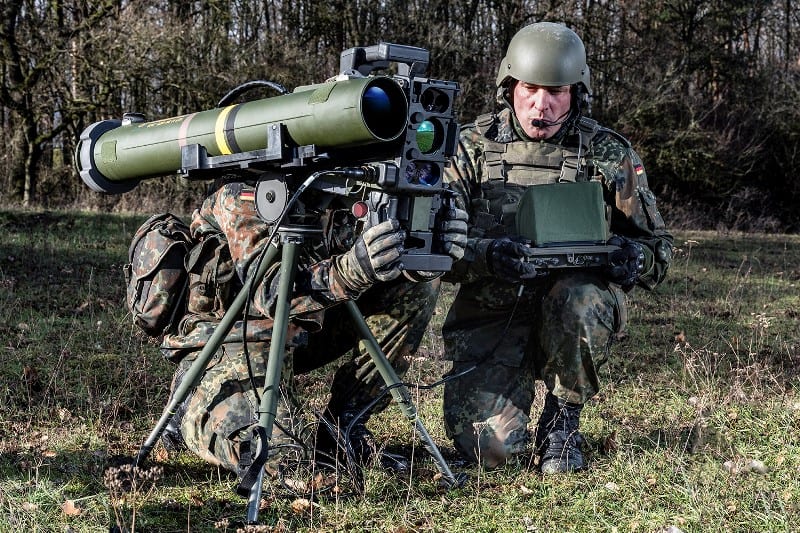 Eurospike, a joint venture between Rafael Advanced Defense Systems Ltd., Diehl Defence GmbH & Rheinmetall Electronics GmbH has signed a multi-year framework contract for the supply of SPIKE (also known as MELLS in Germany) Missiles & launchers to the German Army. The missiles and launchers will be manufactured in Germany by local German companies, in keeping with RAFAEL’s global policy of teaming up with domestic industry, resulting in knowledge transfer and local job creation.

The contract was signed by representatives from Eurospike and BAAINBw in a ceremony that took place at the beginning of November in the offices of the German MOD (BAAINBw) in Koblenz Germany.

As part of the framework contract, the first order was made for the supply of 1500 SPIKE rounds, as well as hundreds of RAFAEL’S new ICLU (Integrated Control Launch Unit) dismounted missile launchers.

The multi-year framework contract will allow the Bundeswehr to continue procuring additional SPIKE Missiles in the next few years to reach its goal of high launcher-to-missile ratio.

The German Army is already currently using both the dismounted portable SPIKE (MELLS) launcher as well the as the vehicle-mounted launcher on the German army Puma, Marder & Wiesel.

SPIKE is a cutting-edge precise, multi-platform, multi-mission and multi-range electro-optical missile Family, with capabilities of fire-and-forget, as well as fire, observe and update, allowing attack of hidden targets.

With 33 SPIKE missile users around the world, Germany is among 19 other SPIKE users in the EU and NATO. More than 30,000 SPIKE missiles have been supplied worldwide to-date, with over 5500 SPIKE missile firings, both in training and in combat.

Moshe Elazar, EVP, Head of RAFAEL’s Land and Naval Division: “This is a significant contract for Eurospike and thus for RAFAEL, as a leading supplier of 5th generation ATGM in the world. It will undoubtedly cement the German Army’s position as one of the strongest ATGM forces in Europe. The SPIKE missile and launcher cross-nation commonality enables the nations to manage joint SPIKE missile stocks, create joint procurement and maintain mutual support. In combination with local production within Europe by Eurospike, SPIKE is a truly common European missile.”