Saab used its experience in advanced digital engineering to contribute to the design and development of the T-7 as part of the partnership with Boeing, as well as to manufacture the aft fuselage with its fully installed systems saab News By DA Reporter / 21 Jun 2022 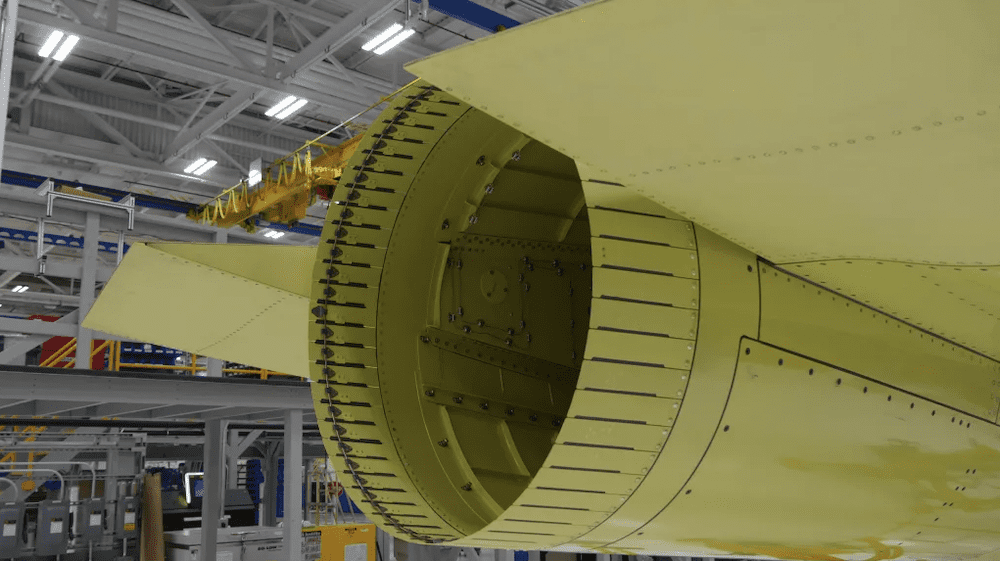 Saab has shipped the last of five fully installed aft fuselages for the US Air Force’s T-7A Red Hawk advanced trainer aircraft from its factory in Linköping, Sweden to Boeing’s production site in St. Louis.

In addition to the five Engineering and Manufacturing Development (EMD) aft fuselages, over the course of the program Saab has also delivered two test fuselages, one for static testing and one for fatigue testing.

The final delivery marks an important milestone in the program. All production will now be transferred to Saab’s new production facility in West Lafayette, Indiana where all future production of the T-7 aft fuselage will take place, supported by both Saab’s Swedish- and US-based personnel.

Saab used its experience in advanced digital engineering to contribute to the design and development of the T-7 as part of the partnership with Boeing, as well as to manufacture the aft fuselage with its fully installed systems.

As part of the manufacturing process, Boeing splices together Saab’s aft section with the front section. This is followed by assembly of the wings, fins and tail to become a complete test aircraft for use in the EMD flight test program.

Saab’s first EMD delivery to Boeing was in April 2021. Since then, all further EMD deliveries have been completed in just over a year. On April 28, 2022, Boeing and Saab rolled out the first T-7A Red Hawk advanced trainer test aircraft built for the EMD phase.

“Developed with an engineering approach based on digital models, the T-7 represents a revolutionary approach to developing aircraft,” said Jonas Hjelm, Head of Saab’s Business Area Aeronautics. “The T-7 demonstrates Saab’s forward-thinking approach to international growth and underpins our position as a world-class aircraft company and unique business partner.”

“Saab’s proud 85 year legacy of designing and building aircraft continues and we’re delivering on our promises,” said Erik Smith, President and CEO of Saab in the US. “I’m excited to see the transfer of T-7A production to the United States at our state of the art facility in Indiana.”

T-7A Red Hawk is an all-new, advanced pilot training system designed for the US Air Force to train the next generation of combat pilots for decades to come. The aircraft has benefited from Saab and Boeing’s ‘breaking the norm’ approach to military aircraft design, engineering and production, which saw the preceding T-X aircraft go from concept to first flight in just 36 months.