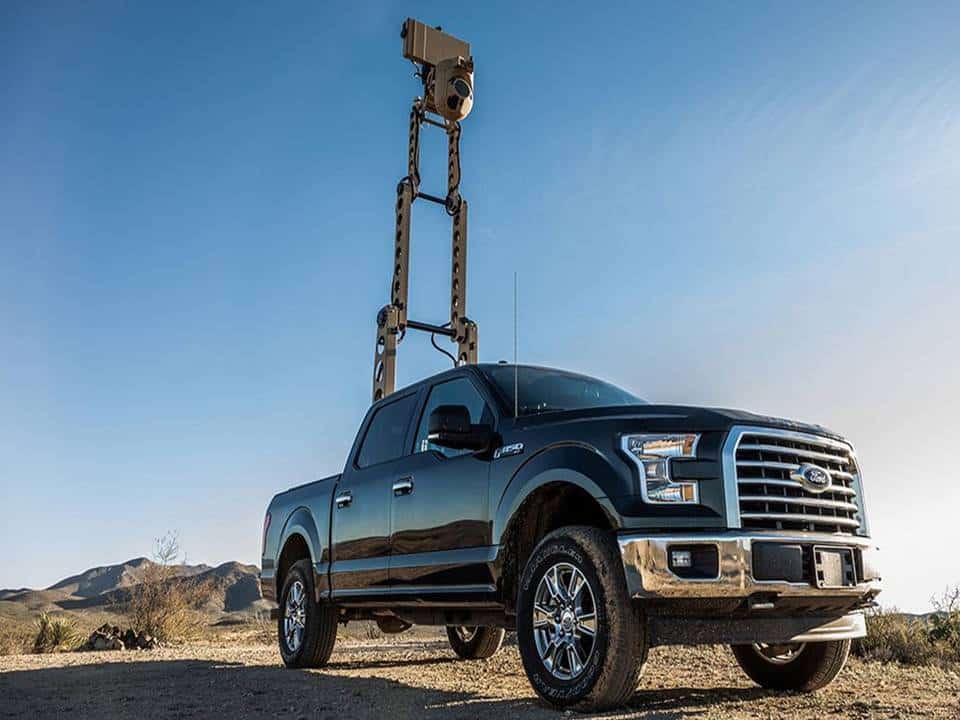 The LASO contract has a base value of $545,000 and was awarded from a competitive General Solicitation under authority of the Department of Homeland Security’s Commercial Solutions Opening Pilot Program.

The MSC order is for 19 new FLIR LVSS systems that will be deployed on the southwest and northern U.S. borders.

Following delivery, CBP will have a total of 27 LVSS units deployed, fitted with TacFLIR 380-HD cameras and FLIR R20SS radar. In November, the company delivered a capability upgrade to CBP’s current fleet of R80D SkyRaider UAS, including tether kits and StormCaster-T thermal payloads.

“Whether on the ground or in the air, FLIR world-class imaging and drone-based technologies give the men and women of U.S Customs and Border Protection nimble, rugged and reliable surveillance solutions for the toughest of environments,” said Roger Wells, VP and general manager of the Unmanned Systems and Integrated Solutions business at FLIR.

“The expanded LVSS deployments and airborne sensor enhancements will deliver tangible benefits for these two programs. We’re proud of our longstanding partnership with CBP and honored that agents who serve on our nation’s borders are using FLIR technology to augment their efforts,” Wells added.

The FLIR LVSS provides the most advanced, integrated surveillance available that can track up to 500 objects at once at ranges greater than 10 miles (16 km). LVSS is well suited to missions that call for speed, mobility and flexibility, including protecting remote borders, shorelines, and forward operating bases. A single operator can deploy and operate the system’s 16-foot mast from the cab of a pickup truck in less than 30 seconds. Payloads can be customized to each mission, with options for radar, thermal imagers, lasers, illuminators, weather station, or other intrusion sensors.

The FLIR SkyRaider tether kit is a modular, highly transportable system that will enhance CBP’s existing SkyRaider fleet by providing persistent mission support. The tether can deliver power to aircraft and payloads for flights lasting up to 24 hours.