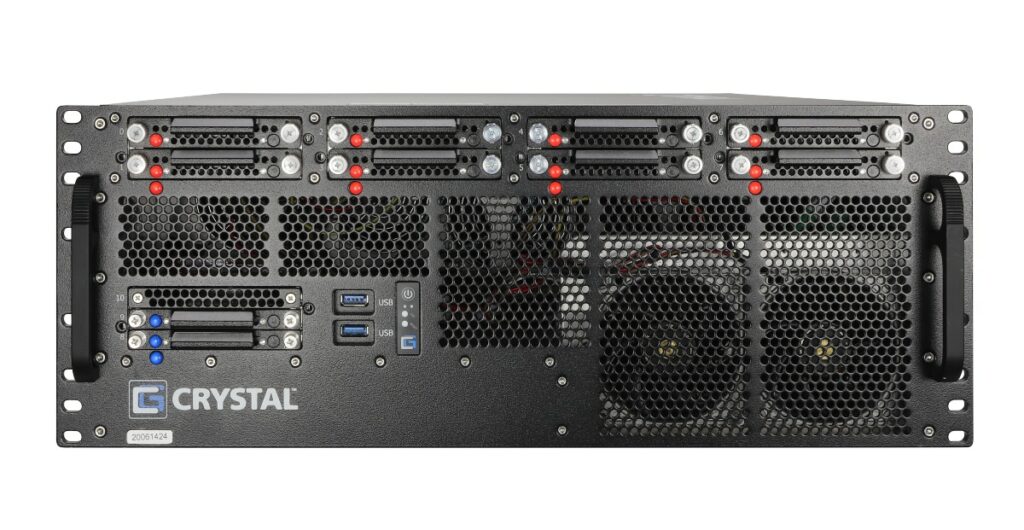 Equipped with up to 88 cores, the RS1.532L21X2F 1.5U rugged twin server delivers high-speed processing in a small form factor by consolidating capabilities of two separate computers into a single unit with front I/O. Each of the dual X11 motherboards can be customized with up to three PCIe slots for increased bandwidth. Its extreme compute density enables artificial intelligence, machine learning and real-time decision making in a compact footprint.

Designed and qualified for airborne jets, the Crystal Group FORCE™ RS2606 rugged server combines both high compute and maximum storage cap acity in a single chassis with eight SAS SSDs in the removable media canister. Customizable with up to six modules, this unit boasts a removable media canister, redundant AC power supplies, and advanced thermal management to accelerate compute-intensive workloads at the edge.

Rugged networking at the edge