The Brimstone Anti-tank Guided Weapon ‘Overwatch’ variant, can be seamlessly integrated onboard an ARES vehicle utilising its state-of-the art Electronic Architecture By DA Editor / 05 May 2021 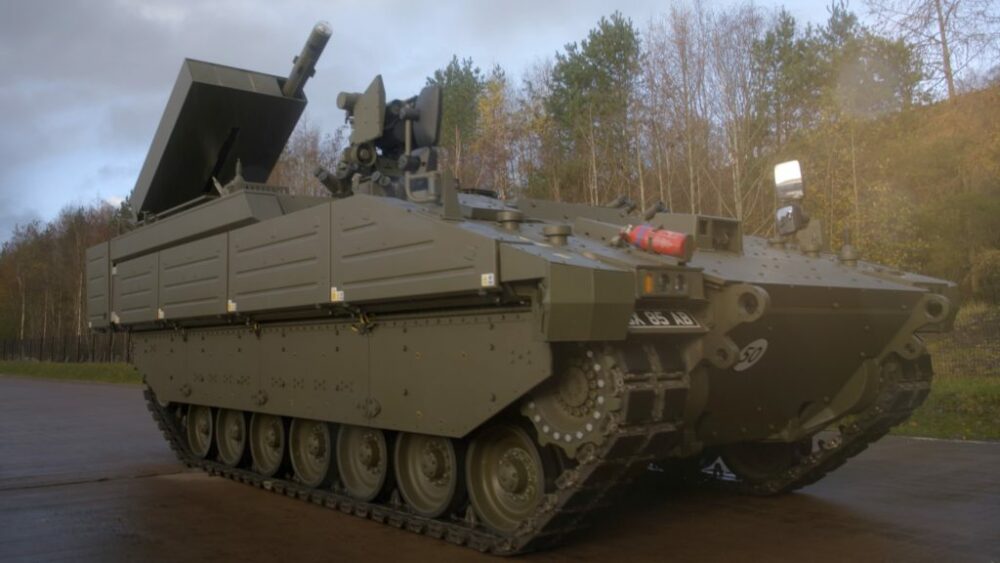 The MBDA Brimstone-based solution Overwatch capability can be seamlessly integrated onboard an ARES vehicle utilising its state-of-the art Electronic Architecture, which is installed across the AJAX FoV and enables the rapid insertion and integration of new technologies and capabilities.

Carew Wilks, Vice President and General Manager of General Dynamics Land Systems – UK, said: “The AJAX family can fulfil a large number of roles for Armed Forces worldwide, including reconnaissance, persistent surveillance, command and control, and bridging. Our collaboration with MBDA further demonstrates the versatility of the AJAX fleet through the delivery of an ‘Overwatch’ capability quickly and effectively for the Heavy and Deep Recce Strike Brigade Combat Teams.”

Chris Allam, MBDA UK Managing Director, said: “Brimstone and AJAX is a potent battle-winning combination. Brimstone is a core part of the ‘portfolio’ approach to complex weapons between MBDA and the UK Ministry of Defence. This co-operation on AJAX Overwatch demonstrates how we can use sovereign UK complex weapons technologies to provide rapid and low cost solutions to enhance the operational capabilities of the UK Armed Forces, while ensuring sovereign skills, jobs and security of supply are maintained.”

Brimstone is the ubiquitous multiple-platform weapon for Air, Land and Maritime environments. Operationally proven and packed with the latest technology for further growth, in the Overwatch role Brimstone is the differentiator for high intensity, peer-on-peer warfighting, with excellent reach, high-loadout and salvo capability. Defeating all known Defensive Aide Suites and armour with high precision and in all weathers, Brimstone gives several targeting options while uniquely enhancing platform and operator survivability through best-in-class insensitive munition compliance.

General Dynamics Land Systems has a long pedigree and worldwide experience in delivering tracked and wheeled military vehicles, including Overwatch and other specialist variants, alongside industry-leading knowledge in complex, scalable Electronic Architectures. It delivers, amongst others, the AJAX family of vehicles, the Abrams main battle tank, LAV (Light Armoured Vehicle) and Stryker Family of Vehicles, and the Cougar Mine Resistant Ambush–Protected (MRAP).