Maritime Configured SkyGuardian RPA to be Demonstrated in UK

The GA-ASI aircraft will be configured to include a multi-mode maritime surface-search radar with Inverse Synthetic Aperture Radar imaging mode, and a HD, Full-Motion Video sensor equipped with optical and infrared cameras News By DA Editor / 18 Feb 2021 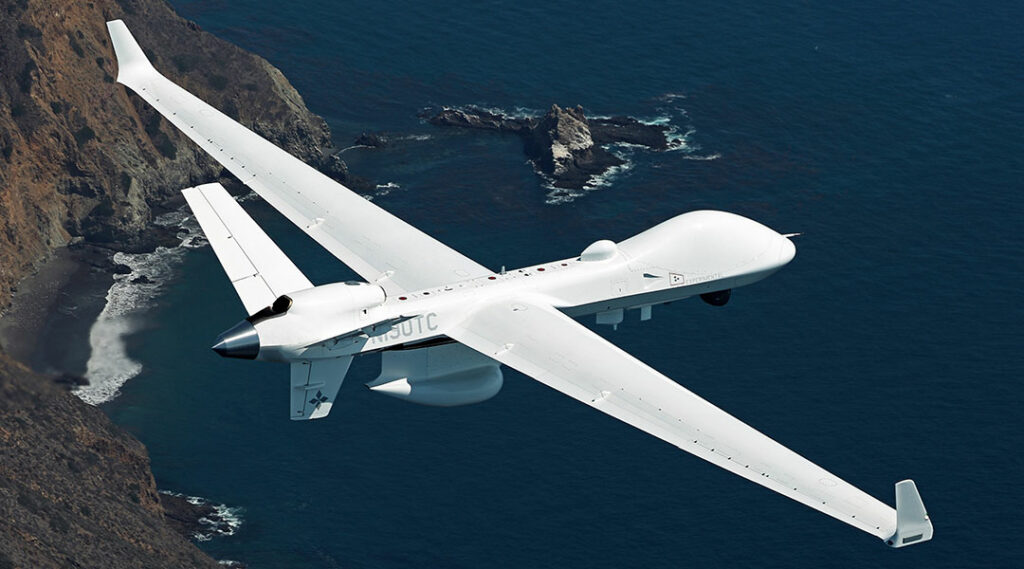 General Atomics Aeronautical Systems, Inc. (GA‑ASI) plans to take a company-owned SkyGuardian Remotely Piloted Aircraft to the United Kingdom later this year, to undertake a series of operational capability demonstrations for NATO allies, including the Netherlands.

The UK’s Protector program is a derivative of SkyGuardian with a range of UK modifications and the Royal Air Force (RAF) is supporting this visit.

The GA-ASI aircraft will be configured with maritime capability, including a multi-mode maritime surface-search radar with Inverse Synthetic Aperture Radar imaging mode, an Automatic Identification System receiver, and a High-Definition, Full-Motion Video sensor equipped with optical and infrared cameras. This will build on previous GA-ASI demonstrations showcasing the unmanned advantage, which include the transatlantic flight of SkyGuardian in 2018, maritime demonstrations in Greece in 2019 and last year’s validation flights in Japan.

“GA-ASI will work closely with multiple European allies to demonstrate the capabilities of MQ-9B, including in the maritime environment, and how MQ-9B can complement and team within a networked environment with other national assets,” said Tommy Dunehew, vice president of International Strategic Development for GA-ASI.

The series of civilian and military capability events is expected to kick off in July at the Royal Air Force’s Waddington Air Base and will culminate with the MQ-9B’s participation in the UK-led Joint Warrior exercise that will showcase how maritime capabilities can be integrated with other air, surface and land platforms.

SkyGuardian flights will further develop GA-ASI’s revolutionary Detect and Avoid capability, which will enable Protector to fly in unsegregated UK airspace. It will also assist RAF Waddington, the future home of the RAF Protector fleet, to best prepare to integrate the new aircraft into its daily operations.

MQ-9B represents the next generation of RPA system having demonstrated airborne endurance of more than 40 hours, automatic takeoffs and landings under SATCOM-only control and the Detect and Avoid system. Its development is the result of a company-funded effort to deliver an RPA that can meet the stringent airworthiness certification requirements of various military and civil authorities.