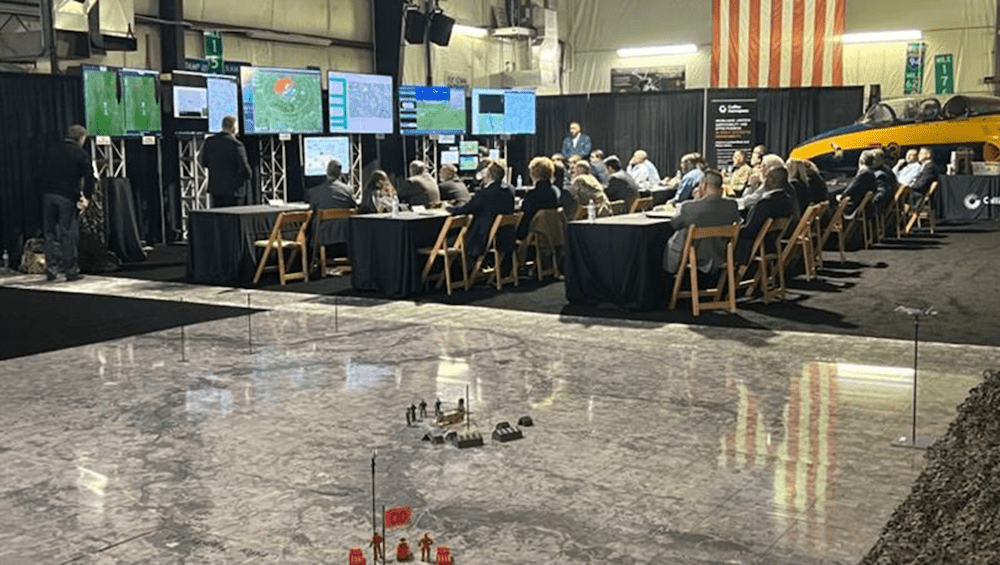 Collins Aerospace has demonstrated potential applications of resilient networking, intelligent sensing, and secure autonomous processing at the tactical edge to support Army modernization and Combined Joint All Domain Command and Control (CJADC2) initiatives for the Army and joint services.

The demonstration took place on December 9 and 14 at the University of Iowa Operator Performance Laboratory in Iowa City, Iowa, U.S. The demonstration showcased how integrated technologies and joint connectivity can provide warfighters with the actionable data and increased situational awareness they need to make informed, split-second decisions in evolving threat conditions against cyber-sophisticated adversaries at the tactical edge of the battlefield. The demonstration included over a dozen technologies integrated into an operationally relevant joint force use case.

Simulated ground and air shooters then engaged accordingly. The ability to distribute data across multiple security levels is a key differentiator of the Collins Aerospace networking solution and solves a major challenge in maintaining secure dataflow communication across the distributed battlespace.

“This is the bedrock of success for CJADC2,” said Elaine Bitonti, vice president, CJADC2 Demonstration and Experimentation for Collins Aerospace. “Being able to do this instantly and securely at the tactical edge, over multiple networks, were the highlighted differentiators brought to light in our demonstration.”