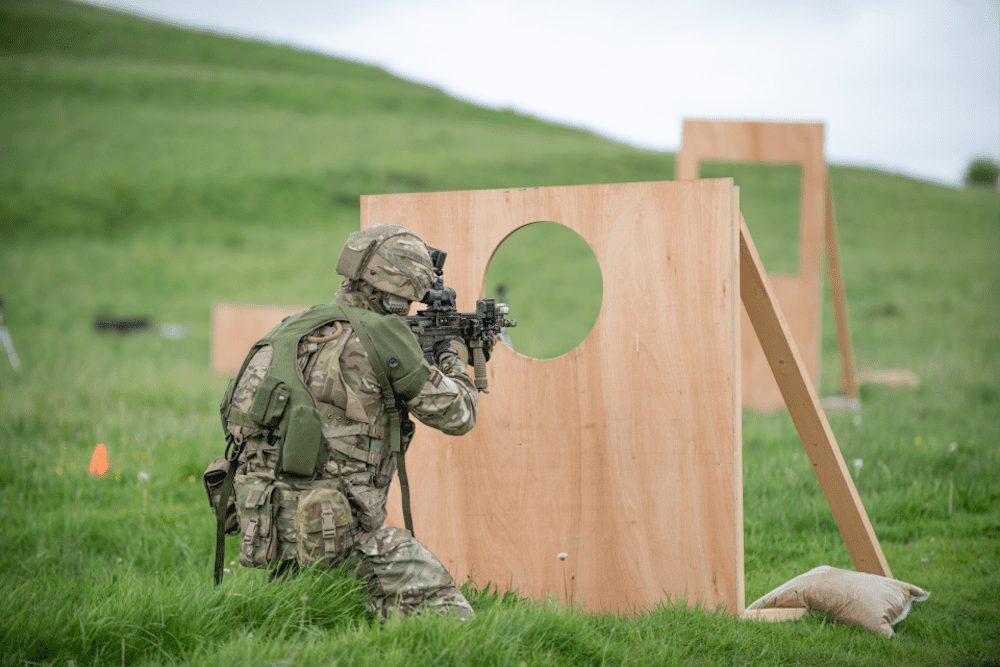 The UK Ministry of Defence (MoD)’s Defence Science and Technology Laboratory (Dstl) has been working with soldiers on a live fire exercise to ensure they are equipped with the most effective kit possible.

Using a specially designed obstacle course, Dstl conducted a two-day pilot study to assess the effects of the SA-80 L85A2 versus the L85A3 rifle with six soldiers from 5th Battalion, The Rifles.

These tests were executed as part of NATO Science and Technology Organization (STO) Research Task Group SAS-145. This research is overseen by STO’s System Analysis and Studies (SAS) Panel, NATO’s Expert Panel for Analytical Advice, which promotes the exchange of trial data and enhance interoperability within the Alliance.

“The idea behind the SWEAT course is that anyone can measure the effects of future soldier capability, such as a new weapons system, new boots, a new helmet or new body armor, and assess the effect that will provide upon the individual’s lethality,” said Jon from Dstl. “This course for the UK, in the future, will be used to measure the effects of new capabilities for soldiers. The final objective of the trial is for it to be used and developed by NATO nations to develop their own courses that are similar enough to allow interoperability between nations.”

The exercise took place on Salisbury Plain using a UK SA-80 L85 A2 and updated A3 variants of the individual weapon.

The course consisted of 14 firing points and 36 actions, requiring soldiers to engage targets ranging from 25m to 400m from a variety of firing positions. Participants ran the course twice to compare results.

“It’s doing something novel and innovative. Taking different components that have been separated, so lethality, survivability and mobility – bringing them into a course that comprehensively tests soldier systems,” said Elizabeth, of the US Army, observing on behalf of NATO. “It’s a much better evaluation than has existed before.”