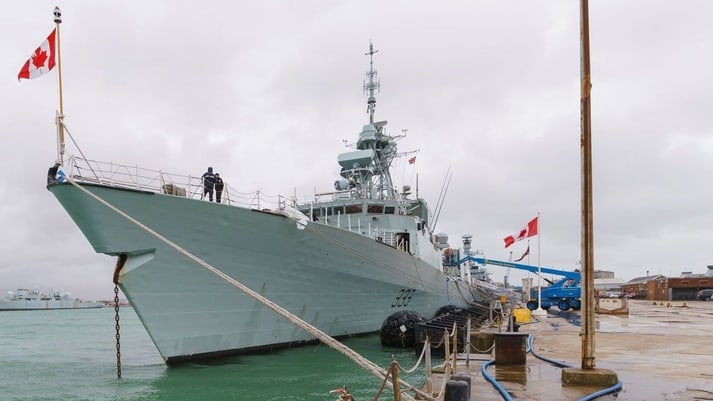 BAE Systems readied the Halifax-class frigate for her next assignment by providing support to the ship’s crew on an emergent defect, assisted with some general maintenance activities, and assisted with refuelling and restocking the ship and her crew of 240 personnel.

During this period, the ship’s company identified previously unknown minor maintenance issues and approached BAE Systems for their assistance to resolve them, as these were outside the original statement of work. The team from BAE Systems successfully rectified the issues in collaboration with the crew.

Jon Pearson, Warship Support Director, BAE Systems said: “The support we provided to HMCS Toronto in Portsmouth demonstrates our ability to support allied nations navies with the capabilities we provide daily to the Royal Navy. Not only can we can deploy these services and expertise in the UK, but we can do so in locations around the world from the Middle East to the Caribbean, the South Atlantic, the Far East and North America.”

HMCS Toronto recently took part in the NATO group exercise Joint Warrior in October, alongside the UK’s aircraft carrier, HMS Queen Elizabeth, and other warships HMS Defender, HMS Diamond and HMS Kent, all of which are maintained and supported at Portsmouth Naval Base by BAE Systems.

Joint Warrior is the Royal Navy-led multinational cooperative deployment designed to provide a complex environment in which participants hone tactics and specialist skills within a war-style setting and prepare for deployment as a Joint Task Force.

HMCS Toronto was accompanied by two other Canadian Navy ships, HMCS Ville de Québec and HMCS Halifax, which also called at Portsmouth Naval Base briefly on their way to their next mission.