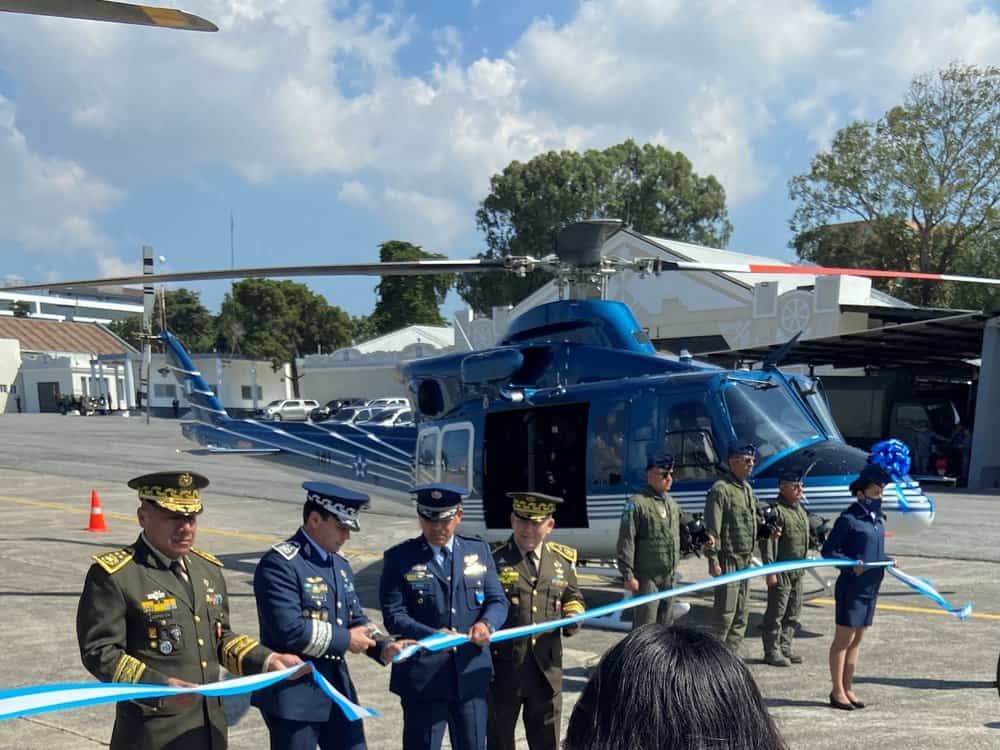 The aircraft are part of an Indefinite Delivery / Indefinite Quantity (IDIQ) contract signed between Bell and the US Army Multinational Aviation Special Programs Office (MASPO) earlier in 2022.

Bell believes that the SUBARU BELL 412EPX’s robust main rotor gearbox improves horsepower and maximum weight capacity, enabling the aircraft to transport more supplies and perform operations more efficiently. The aircraft has a maximum internal weight of 12,200 lbs, external weight of 13,000 lbs and up to 5,000 lbs of goods with a cargo hook.

“We are honored to bring the most modern version of the Bell 412 to Guatemala,” said Carl Coffman, Bell vice president, Advanced Vertical Lift Systems sales and strategy. “Turnaround from signature to delivery is a statement to the men and women supporting this aircraft at every level of the business, and a testament to the efficiency of the IDIQ contract between Bell and MASPO.”

According to Bell, multi-mission capabilities make the SUBARU BELL 412EPX a popular choice for customers with more than 54% of the Bell 412 global fleet deployed in military and para-public missions worldwide. The Guatemalan Air Force currently operates versions of the Bell 206, 212, 407, 412 and UH-1. The SUBARU BELL 412EPX is the latest version of the 412 aircraft, whose legacy spans more than 6.5 million flight hours.

“We are excited to introduce the SUBARU BELL 412EPX into the Guatemalan Air Force,” said Major General Henry Yovani Reyes, Minister of National Defence. “The aircraft will support missions including disaster response, humanitarian relief, and other utility needs.”