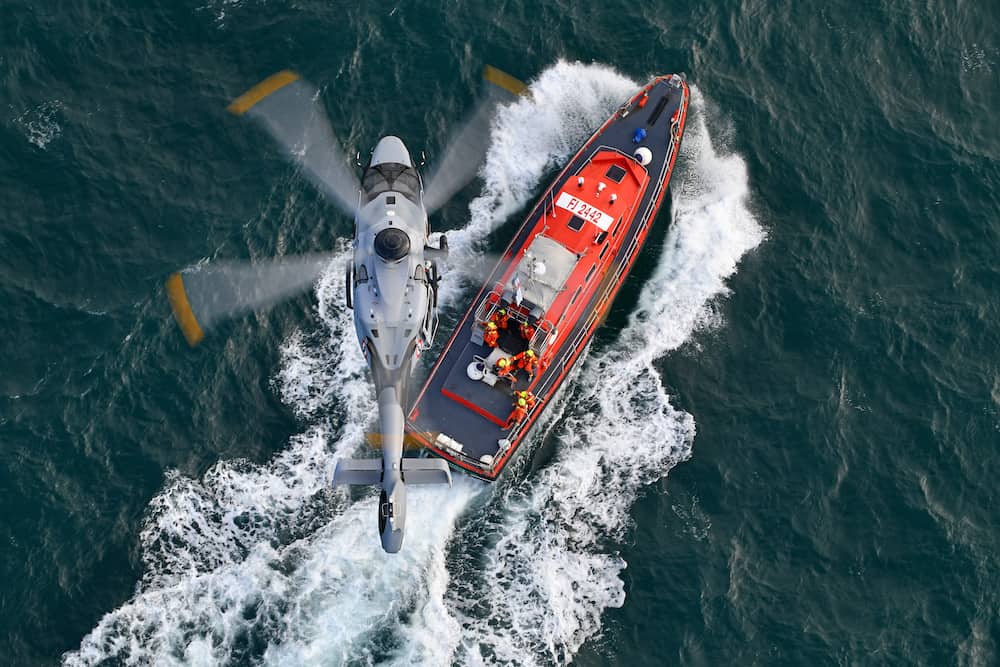 The French Navy has received the first of six H160 Search And Rescue (SAR) twin engine helicopters which form the interim fleet that will be delivered by the partnership formed between Airbus Helicopters, Babcock, and Safran Helicopter Engines.

The three companies were selected in 2020 by the French Armament General Directorate (DGA) to deliver four H160s in SAR configuration. In 2021, the DGA confirmed an option for two more aircraft.

Babcock received the first H160 from Airbus Helicopters in May 2022. It has since then been modified into a light military configuration by Babcock. The modular cabin was also adapted for SAR operations and a Safran Euroflir 410 electro optical system was integrated, as per the French Navy’s requirements.

“The delivery of the first H160 to a military customer is a major milestone for the H160 program,” said Bruno Even, CEO of Airbus Helicopters. “This is the first public service version of the H160 to be delivered worldwide. Furthermore, the delivery takes place soon after two H160s entered into service this summer, in Brazil for the private and business aviation segment and in Japan for news gathering missions. With this H160 we will strengthen our partnership with the French Navy, delivering the right helicopter for its critical search and rescue missions. Together with our partners, we will also ensure that the H160 is ready when needed.”

According to Airbus, this interim fleet of H160s will support the French Navy’s critical SAR missions while awaiting the delivery of the H160M Guépard.

In the frame of the French Joint Light Helicopter (Hélicoptère Interarmées Léger: HIL) program, 169 H160M Guépards are foreseen to replace five types of helicopters in service with the French Armed Forces. The French Navy’s operational feedback with these H160s will benefit the design of the military version of the aircraft and its associated support system.

Babcock, in partnership with Airbus Helicopters and Safran Helicopters Engines, will ensure the highest level of availability for the French Navy and the continuity of SAR operations on the Atlantic and the Mediterranean coasts. Built by Airbus Helicopters, the H160 is certified for the use of night vision goggles, which are necessary for winching operations at night.