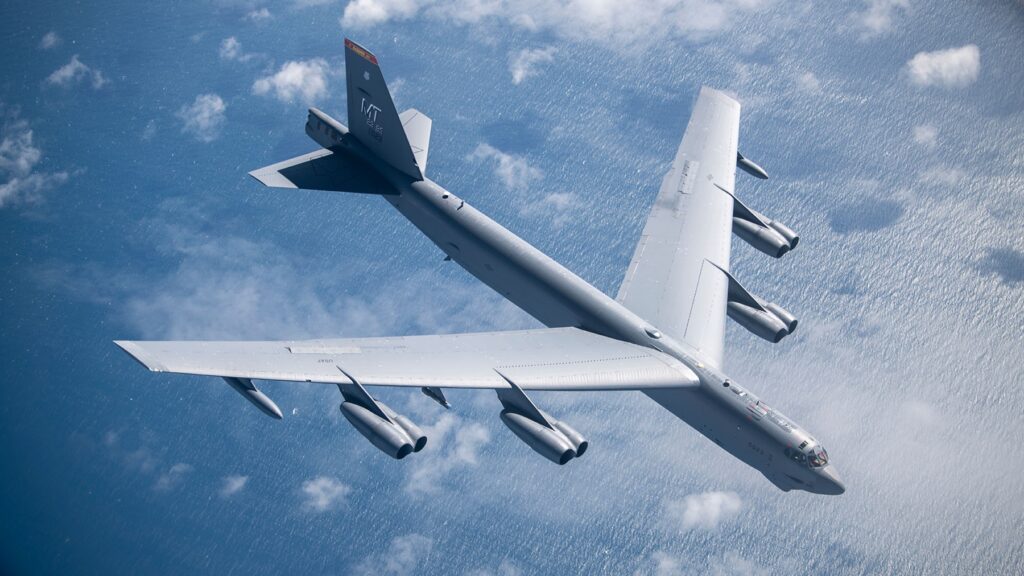 As the U.S. Air Force extends the operational service life of the B-52 Stratofortress into the 2050s, it has selected Collins Aerospace to design and develop a new wheel and carbon brake for the platform, leading to fleet retrofit of 77 aircraft.

“Since the first Stratofortress variant took flight in the 1950s, Collins Aerospace has been onboard,” said Ajay Mahajan, vice president, Landing Systems for Collins Aerospace. “Our world-class engineers will develop a solution that offers seamless technology insertion to help sustain the B-52 as it continues flying for another three decades.”

Collins is a leading provider of wheels and brakes for military platforms as the supplier for the U.S. Air Force’s F-15, F-16, C-5, C-130 and Global Hawk fleets. Collins has also completed wheel and brake upgrades for several air forces around the globe. In total, the company provides wheels and brakes for more than half of all active C-130s worldwide. Recently, Collins’ military wheels and brakes division was part of a combined Air Force and Defense Logistics Agency government-industry team that received the 2020 Secretary of Defense Performance Based Logistics Award, Subsystem Level.

Collins currently supplies numerous systems for the B-52, including generators, communication and navigation systems, environmental control systems, engine systems and sensors. Collins is actively working with the Air Force and the plane’s manufacturer to explore how it can support further B-52 modernization efforts, including communications and avionics upgrades.