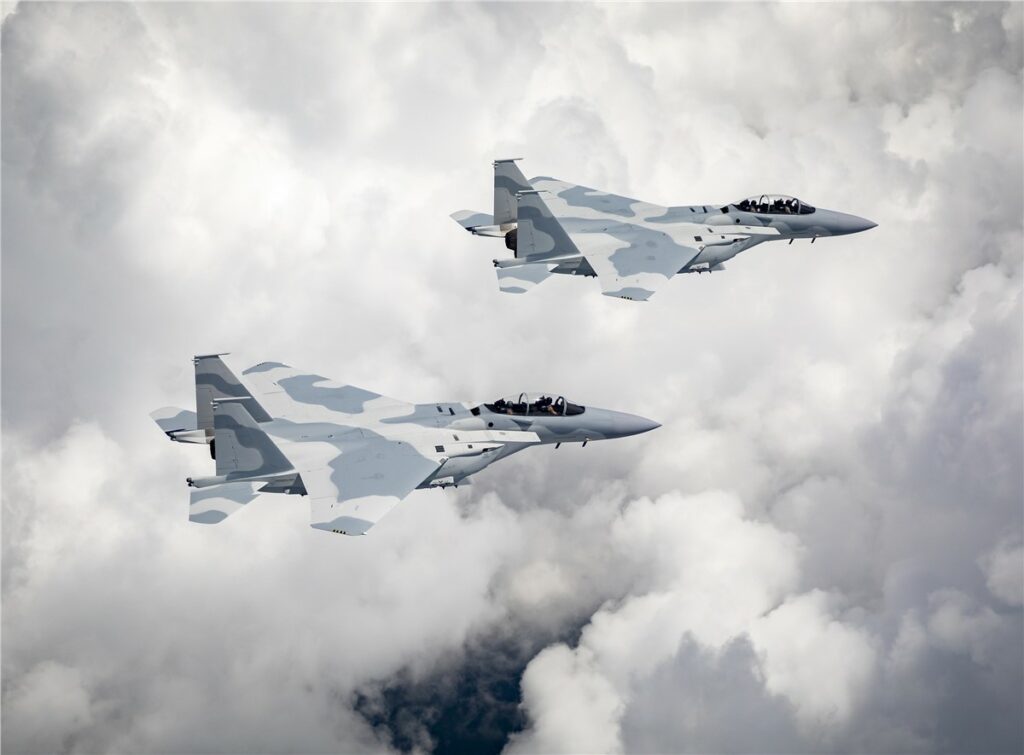 Boeing has received three foreign military sales contracts with the U.S. Air Force for training services and support in the Middle East valued at more than $800 million.

The first previously unannounced contract was awarded in 2019 and will support the Qatar Emiri Air Force (QEAF) with F-15QA program management, maintenance and aircrew training valued at $240 million over a five-year contract period.

Boeing also received a separate not-to-exceed $68 million contract to provide maintenance and logistics support for the QEAF during their pre-delivery training for the F-15QA aircraft, which will commence early next year. The QEAF will send pilots and weapon system operators to the U.S., where the aircrews will learn how to independently operate the F-15QA ahead of receiving their new aircraft. Training will include in-person instruction, simulation events and flying operations and will be held near Boeing’s F-15 production facility in the U.S. through mid-2021.

Following this, Boeing will establish and operate an aircrew and maintenance training center for the QEAF at Al Udeid Air Base, Qatar, through 2024.

A third contract awarded in November and valued at more than $500 million will provide the QEAF with in-country spares and logistics support once the aircraft are delivered to Qatar.

“The tailored training and sustainment delivered by our team, coupled with Boeing’s platform expertise, allows us to deliver a holistic solution to our Qatari customer so they can optimize the full capability of their fleet with high availability rates,” said Tim Buerk, director of Middle East defense services for Boeing. “We look forward to our continued partnership with Qatar and further supporting their mission readiness needs.”

The F-15QA is an advanced variant of the undefeated F-15 aircraft. The Advanced F-15 features next-generation technologies that offer more speed, range and payload than any other fighter in its class. Boeing will deliver 36 F-15QA aircraft to Qatar starting in 2021.