Robotican demonstrated its Goshawk drone’s ability to intercept and capture hostile drones autonomously, using a net to capture and carry the hostile drone to an area for safe disposal with no collateral damage robotican News By DA Reporter / 19 Aug 2021 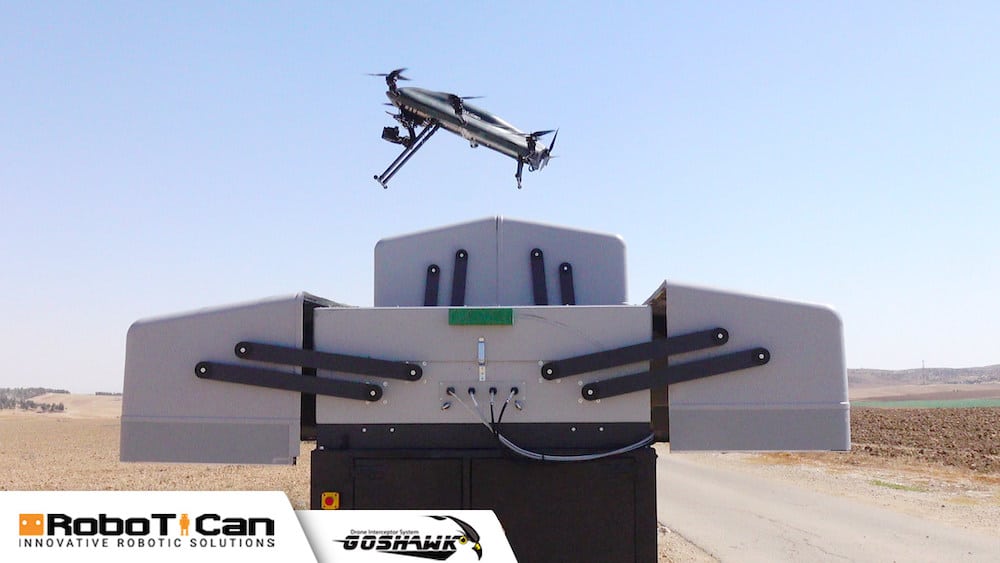 The Goshawk’s unique design provides an interception envelope to capture hostile drones during any stage of their mission. A designated net enables the Goshawk to capture and carry the hostile drone, delivering it to a predefined area for safe disposal – with no collateral damage.

In the demonstration, the hostile drones were launched from a remote location to penetrate a no-fly zone protected by the Goshawk. After initial target detection, the Goshawk was automatically launched on its interception mission – autonomous from launch to landing.

Various scenarios and profiles were enacted during the demonstration, such as a complex target chase and the Goshawk and target drone flying head-on towards each other.

All targets were successfully intercepted with the catch, carry and disposal performed to demonstrate the benefit of retrieving hostile drones. The target drones used were of varying sizes and models representing the operational need.

“We are very proud of our achievement. Our challenge was to develop an autonomous drone interceptor that causes no collateral damage, which we believe is key for an efficient 24/7 c-UAS system,” said Hagai Balshai , CEO Robotican.

“This successful demonstration gives us confidence in our solution, and in the journey, we have begun with this amazing technology.”