“Convoys are the No. 1 target overseas, which is why the Army is exploring autonomous vehicles as a way to reduce the number of soldiers needed to run these operations,” said Mark Gordon, President & CEO of Stratom. “It would be counter-productive to have humans manually refueling unmanned vehicles and this is where Stratom’s expertise shines.”

Stratom is the only company delivering ground-based autonomous robotic refueling solutions for aircraft and ground vehicles within the Department of Defense. By removing as many warfighters from that logistics function as possible, autonomous robotic refueling can not only significantly improve the safety and security of convoy operations but also optimize resource use, operational efficiencies and the bottom line of an operation.

“Our AGVR system is an impressive example of how autonomy in logistics can streamline operations, optimize resources and alleviate risks,” continued Gordon. “By empowering humans to stay focused on high-level, mission-oriented, decision-making tasks — not the supporting functions of those tasks — our solution significantly increases project flexibility and cost-efficiency while also solving productivity and safety challenges.”

Leveraging vision sensing and detection systems to provide state-of-the-art precision, Stratom’s AGVR system will be capable of autonomously locating the fuel port on the target vehicle. Once the location is determined, the fueling tool head will engage the fuel port and begin the fueling process. When the fueling process has been completed, the arm will retract to its nominal position. The system, which includes a fuel tank, a generator, a robotic arm, sensor technologies and a stack of computer equipment — all of which is integrated into an intuitive Warfighter Machine Interface (WMI) — will be able to refuel a PLS either from the ground or from the flat rack of another PLS from virtually any location on the convoy route.

This contract award is the result of work Stratom had previously conducted with the U.S. Army DEVCOM GVSC, the Army’s research and development facility for advanced technology in ground systems. For years, GVSC has been looking at self-driving resupply vehicles under the Autonomous Ground Resupply (AGR) program. As part of that effort, GVSC’s Leader-Follower program works to integrate robotic kits onto tactical wheeled vehicles, providing the capability for a designated manned lead vehicle to lead a line of driverless follower vehicles. To further free up manpower and take troops out of harm’s way, automating the fleet refueling process was the logical next step.

Stratom will be demonstrating the full capability of its AGVR prototype system for Army leadership later this Fall. The demonstration will set the stage for future military applications, as Stratom’s AGVR system will eventually be capable of autonomously refueling any fleet or combat vehicle. 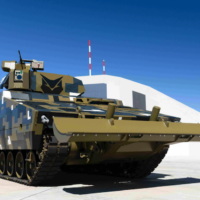 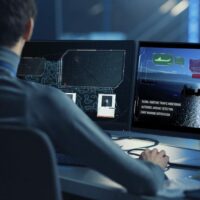 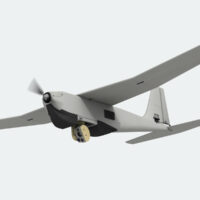 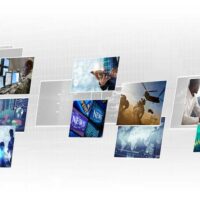 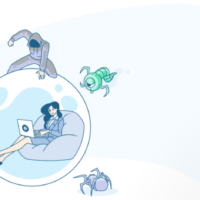