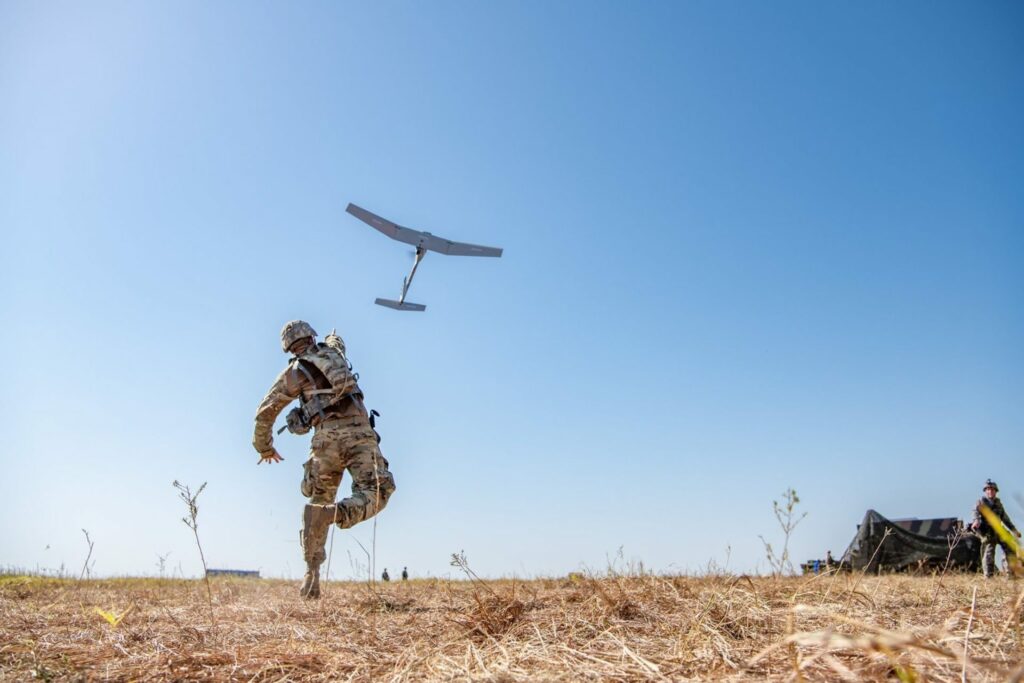 AeroVironment, Inc. has announced that the United States Army has exercised the second of three options under the sole source Flight Control Systems (FCS) domain of the Army’s multi-year small UAS contract.

The contract option is valued at approx. $21million and includes avionics and data link upgrade packages to modify radio frequencies employed by the Army’s existing fleet of Raven tactical UAS. The period of Performance ends June 30, 2022.

The Raven system is designed for rapid deployment and high mobility for operations requiring low-altitude Intelligence, Surveillance and Reconnaissance (ISR). With a wingspan of 4.5 feet and weighing just 4.2 pounds (1.9 kilograms), the hand-launched Raven provides situational awareness, day or night, with an operational range of 6.2 miles (10 kilometers).

The contract option was exercised under the Army’s FCS domain awarded to AeroVironment in June 2019 with an initial base delivery order of $862,488. FCS is the first of six domains comprising the Army’s existing five-year Indefinite Delivery, Indefinite Quantity (IDIQ) SUAS contract and has a potential value of up to $55 million. The Army’s first option under the existing contract, valued at $21,058,643, was exercised in April 2020, bringing the total value to date to $42,901,035.

“The U.S. Army possesses the largest fleet of Raven small unmanned aircraft systems in the world. For more than a decade, Raven systems have provided frontline Soldiers with increased mission effectiveness, safety and situational awareness so they can proceed with certainty,” said Rick Pedigo, AeroVironment vice president of business development and sales.