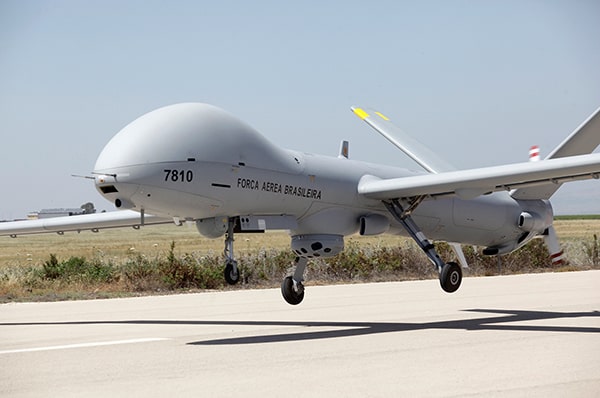 Under the contract, the company will supply its Hermes 900 UAS and spare parts over a period of 16 months.

Over the past decade, the Brazilian Air Force has been operating a mixed fleet of Elbit Systems’ Hermes 900 and Hermes 450 UAS to perform a range of missions including Homeland Security and deforestation monitoring operations in the Amazons. The Hermes 900 UAS has been selected to date by 12 countries, attesting to its competitive edge combining technological sophistication, reliability, open architecture and a solid growth path.

“We are proud to be an integral part of the Brazilian Air Force UAS fleet’s growth roadmap,” said Yoram Shmuely, General Manager of Elbit Systems Aerospace. “We are pleased by the growing customer base of the Hermes family of UAS users around the globe.”