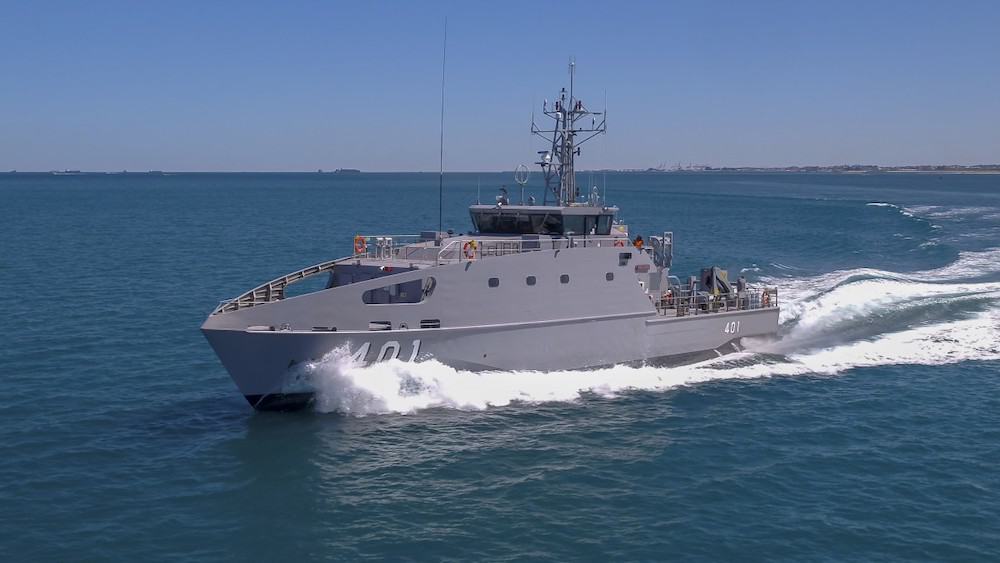 The Australian Government has ordered an additional Guardian-class Patrol Boat from Austal Australia for the Pacific Maritime Security Program.

Under the A$15.2 million contract, the 39.5 meter steel hull patrol boat will be constructed in Western Australia and delivered in September 2024. This boat is in addition to the 21 Guardian-class Patrol Boats ordered by the Australian Government under the Pacific Patrol Boat Replacement Project (SEA3036-1) in 2016, 15 of which have been delivered to 11 Pacific Island nations under the Australian Government’s Pacific Maritime Security Program, since 2018.

“The steel hull Guardian has proven to be an exceptionally capable patrol boat in a short period of time, with 15 delivered to date and operating throughout the South Pacific,” said Austal Chief Executive Officer Paddy Gregg. “This additional vessel, will further enhance our Pacific Island neighbors’ capability and regional security, and Australia’s naval shipbuilding capability. The Austal Australia team are understandably very proud of the 15 Guardians delivered to date and are pleased to receive an additional order for this effective naval platform – designed and constructed right here in Western Australia, with the help of over 300 suppliers.”

Faster than the previous Pacific-class patrol boats, with improved seakeeping, better amenities, and an enhanced mission capability – including an integrated RHIB stern launch and recovery system – the Guardian-class Patrol Boat provides Pacific Island nations with a much-improved naval asset to carry out border patrols, regional policing, search and rescue, and many other operations domestically and internationally.

The Pacific Patrol Boat Replacement Project (SEA3036-1) was awarded to Austal Australia in May 2016, with an additional contract option awarded in April 2018, taking the program to 21 vessels, valued at more than A$335 million. 12 Pacific Island nations will receive the vessels through to 2023. The Pacific Patrol Boat Replacement Project supports more than 200 jobs at Austal Australia directly, and a further 200 jobs indirectly, nationally, through Australian businesses contracted by Austal.

Austal Australia’s service center in Cairns, Queensland, featuring a 1,200 ton (80 meter LOA) slipway and a 1,120-ton mobile boat hoist, continues to provide in-service support to the growing Guardian-class Patrol Boat fleet; with more than 100 people employed in a variety of engineering and sustainment roles in the Far North Queensland city.

The 39.5 meter Guardian-class steel monohull patrol boat – designed, constructed, and sustained by Austal Australia – is based on a proven design platform that has included the 38 meter Bay-class, 56 meter Armidale-class and 58 meter Cape-class patrol boats that are in service with the Australian Border Force and Royal Australian Navy.