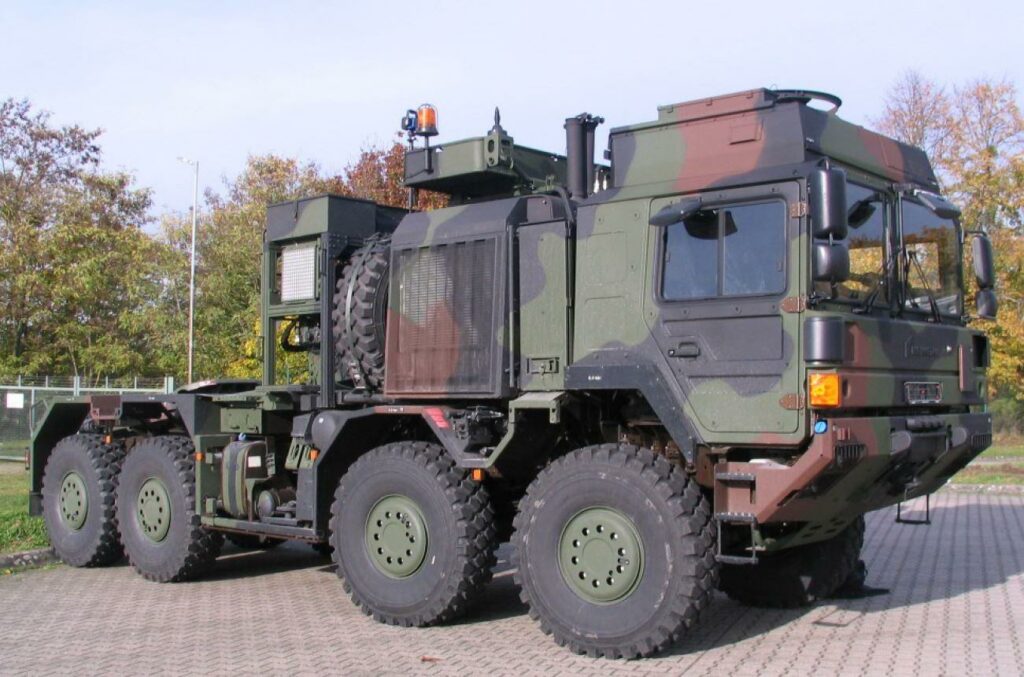 In 2018 the Bundeswehr concluded a framework contract with Rheinmetall for the delivery of 137 SaZgM 70t mil trucks. This contract runs for seven years, with a potential total value of €122 million with valued added tax. A total of 32 vehicles were delivered in 2019 and 2020.

The Rheinmetall HX81 SaZgM is powered by an eight-cylinder, 680 hp diesel engine. This enables the high-mobility all-wheel drive truck to attain a top speed of 89 km/h, and to handle inclines of 60 percent. Its permissible gross train weight comes to around 130 tonnes.

The HX81 SaZgM features the same driver’s cab as the Rheinmetall UTF, the Bundeswehr’s family of unprotected trucks. If required, the cab can be exchanged for a protected version. The vehicle also comes with a two-winch system made by the Rotzler company, in which each winch has a tractive force of twenty tonnes.