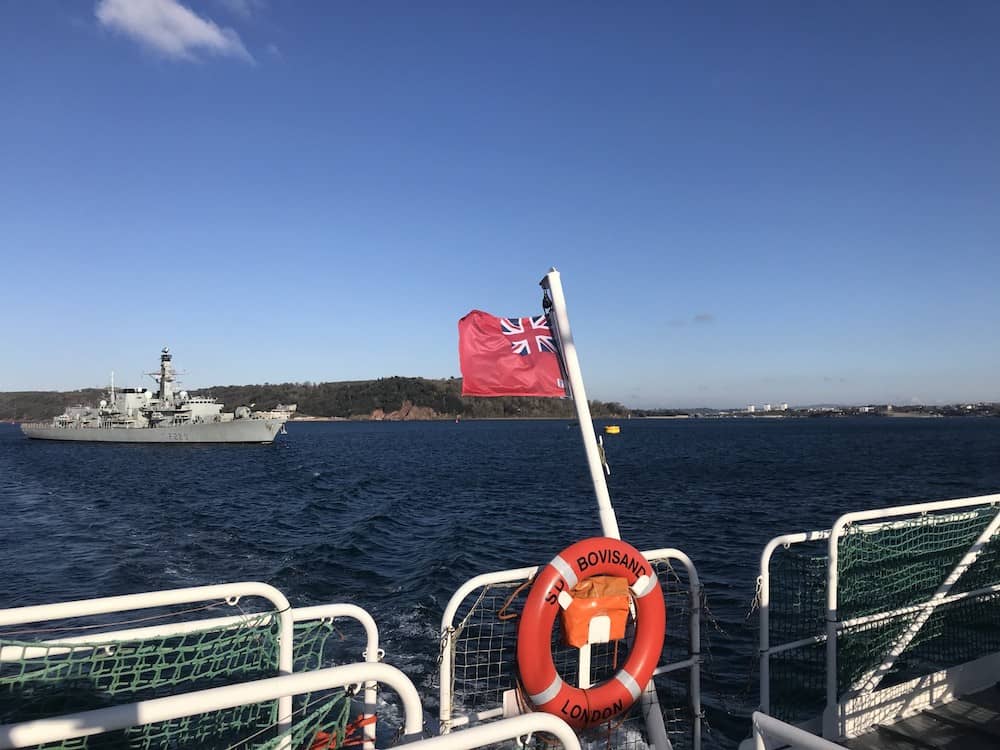 Experts from Inzpire’s maritime and collective training divisions worked closely with the FOST team to understand the customer’s needs and develop a scenario that would meet training objectives.

The scenario was then, with QinetiQ’s range capability, presented to the ship’s team with time-sensitive tactical dilemmas, created to rehearse the rapid prioritization and engagement of high-threat targets travelling at real-world speeds.

During this phase, Inzpire provided additional capacity to the FOST team both ashore and afloat by simulating the maritime component commander’s operational staff work and orders, to enable the immersive delivery of EXSS 22.

The close liaison between QinetiQ staff and the exercise director supported the dynamic range management needed to enable the smooth and safe conduct of the training. This collaborative approach also provided flexibility to adapt the plan due to challenging weather conditions, with minimal impact to the ship’s team.

In a true multi-agency approach, the exercise was also supported by analysts from the Maritime Capability Trials and Assessment (MCTA) team as well as members of 148 (Meiktila) Commando Forward Observation Battery, 29 Commando Regiment and Royal Artillery, who supported the ship’s medium range gunnery firings.

The final day saw an increase in complexity of the scenario. Using its weapon systems and live ammunition, the ship responded to multiple targets including fast inshore attack craft while managing threats from maritime patrol aircraft and synthetic coastal defense cruise missile attacks.

On completion of the training period, Inzpire personnel facilitated interactive debriefs with the ship’s company and FOST staff, noting any key lessons to ensure maximum training benefit. It was noted by all parties that EXSS 22 added a layer of scenario complexity not seen in previous SHARPSHOOTER packages, all enabled through QinetiQ’s assured range and target expertise.

Personnel from across Inzpire’s collective training, space and cyber divisions provided additional content and subject matter expertise throughout the event, which enhanced the multi-domain aspects of the training and supported the MOD’s aim of achieving greater lethality and agility across warfare domains.

“My team have come away from this package with their heads held high and hugely enthused about their ability to defend LANCASTER and take the fight to the opposition if required,” said Commander Tom Johnson Royal Navy, Commanding Officer HMS LANCASTER.

“The recent Sharpshooter exercise is the latest in the development of relevant and representative training environment at the MOD Aberporth Range for Royal Navy FOST,” said John Harries, QinetiQ Head of Air Ranges. “The range is one of many that support the Test, Trials, Training and Evaluation (T3E) facilities and services under the Long-Term Partnering Agreement (LTPA), enabling us to support the continuous development of the Royal Navy capability and readiness to address the ever-changing threats, through effective live training and post event analysis.”