The Guardian-class Patrol Boat was gifted to the Cook Islands and will be used to carry out border patrols, regional policing, search and rescue, and other operations domestically and internationally austal-australia News By DA Reporter / 30 May 2022 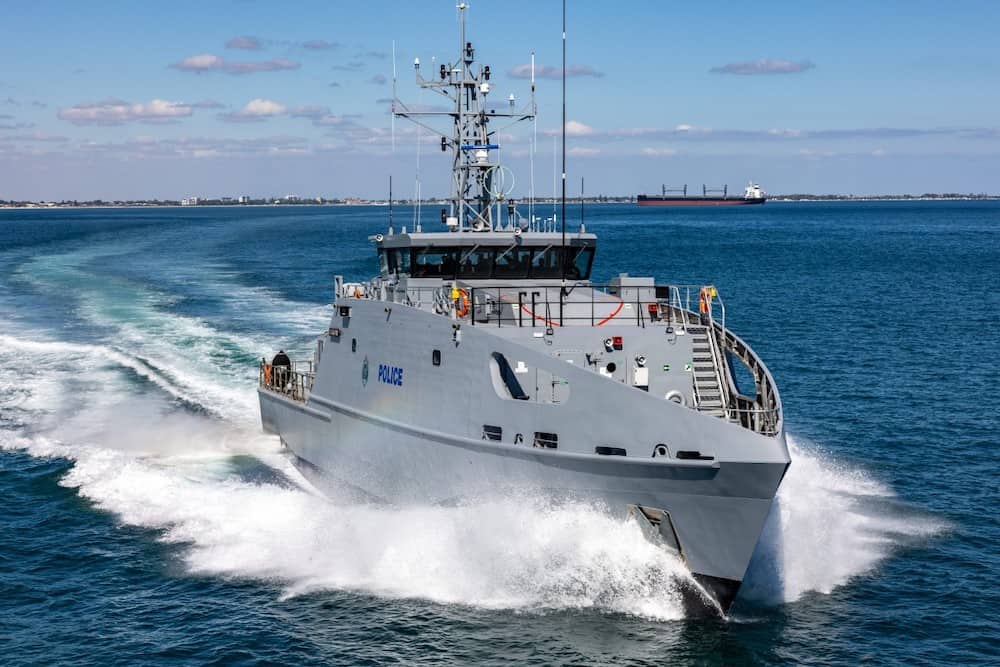 Austal Australia has delivered the 15th Guardian-class Patrol Boat (GCPB) to the Australian Department of Defence. The vessel, Te Kukupa II, was then gifted by the Australian Government to the Cook Islands at a certificate signing ceremony held at Austal’s shipyard in Henderson, Western Australia.

Austal Limited Chief Executive Officer Paddy Gregg said the new vessel was the second of five Guardian-class Patrol Boats to be delivered to the Commonwealth of Australia in 2022: “We are well on track to deliver five, 40 meter Guardians this calendar year – an outstanding achievement and a great demonstration of our collective industry and team’s capability and productivity in steel shipbuilding.

“The Pacific Patrol Boat Replacement Project engages more than 300 suppliers from around Australia. Each one is helping to form the National Naval Shipbuilding Enterprise that is delivering sovereign capability for Australia.

“Our warmest congratulations go to the Cook Islands Police Maritime Wing and we wish ‘fair winds and following seas’ to the Commanding Officer of Te Kukupa II, Tepaki Baxter and his crew.”

Faster than the previous/current Pacific class patrol boats, with improved seakeeping, better amenities, and an enhanced mission capability – including an integrated RHIB stern launch and recovery system – the Guardian-class Patrol Boat provides the Cook Islands with a much-improved naval asset to carry out border patrols, regional policing, search and rescue, and many other operations domestically and internationally.

The Pacific Patrol Boat Replacement Project was awarded to Austal Australia in May 2016, with an additional contract option awarded in April 2018, taking the program to 21 vessels, valued at more than A$335 million.

The 39.5 meter steel monohull patrol boat – designed, constructed and sustained by Austal Australia – is based on a proven design platform that has included the 38 meter Bay-class, 56 meter Armidale-class and 58 meter Cape-class patrol boats that are in service with the Australian Border Force and Royal Australian Navy.