Level sensors provide an output signal that gives an indication of the level of liquids, as well as some granular solids and powders, inside a vessel. This output signal may be a continuous signal that is proportional to the level, or specific point values that signify whether specific levels have been reached.

Liquid level sensors are used in a wide range of military vehicles, including aircraft, helicopters, UAVs (unmanned aerial vehicles), tanks and land vehicles, and naval vessels. They are used to measure the levels of a variety of different liquids, including petrol, diesel and other fuels, engine and gearbox oil, coolant, and water.

A number of technologies are used in liquid level sensors, and many sensors are solid state with no moving parts.

Capacitive level sensors extend a probe into the liquid and measure the change in capacitance caused by the changing liquid level. They can be highly accurate but will need to be calibrated to the specific liquid being measured.

Ultrasonic level sensors measure the time taken for an ultrasonic wave to be reflected from the surface of the liquid back to the sensor, and use this to determine the level. They are compact with no moving parts but can be affected by elements of the atmosphere in the vessel such as temperature, foam and turbulence.

Float switch level sensors utilize a simple design with a magnetic reed switch that opens or closes according to the amount of liquid present. They are inexpensive but large in size and use moving parts.

Military fuel and liquid level sensors need to be able to withstand harsh operating conditions in extreme environments such as jungle, desert and Arctic areas. They may need to comply with various mil-spec standards for extended operating temperatures and resistance to factors such as shock and vibration, dust and liquid ingress, and electromagnetic interference (EMI). They may be equipped with military standard connectors such as D38999 circular connectors. 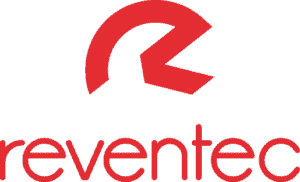