Helicopters are a class of aircraft that use spinning rotors to generate lift and thrust. They are VTOL (vertical takeoff and landing) aircraft and are highly maneuverable, providing advantages for a wide variety of military operations. They can operate without a runway, requiring a much smaller footprint, and their ability to hover means that they can perform certain operations without needing to land when terrain is inhospitable such as in mountainous or jungle areas.

Military helicopters are used for a variety of roles, and some platforms are modular and can be reconfigured for multi-mission capability.

Combat helicopters – also known as attack helicopters or helicopter gunships, are used primarily to support ground troops or in an anti-tank or anti-armour role. They can be equipped with a variety of weapons platforms, including machine guns, cannons, air-to-air missiles and anti-tank missiles.

Transport helicopters – used to carry troops, cargo, and even small armored vehicles. Loads may be carried internally or slung under the aircraft. The helicopters may be equipped with weapons such as rockets and door-mounted machine guns for self-protection.

Reconnaissance helicopters – highly suited to certain observation and reconnaissance missions due to their maneuverability and ability to loiter in one place, helicopters may be equipped with advanced sensor suites with payloads such as EO/IR (electro-optical/infrared) systems. Unmanned helicopters, either converted from manned platforms or specially designed, may also be used for ISR (intelligence, surveillance, and reconnaissance) missions.

Maritime helicopters – ideal for maritime operations due to their ability to land in the relatively small spaces on the deck of a ship. Maritime helicopters are commonly used for reconnaissance, SAR (search and rescue), transport and anti-submarine warfare. 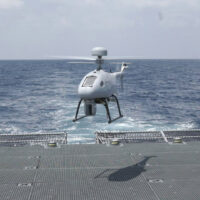 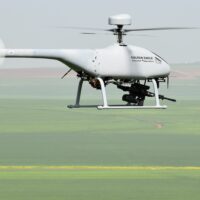 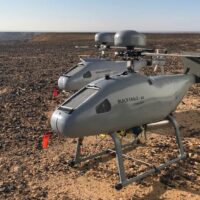