Effective at ranges of up to 2,000 metres, the 50 cal heavy machine gun bullets can penetrate light armour and plastics such as RIB speed boats, providing the warship with an extra layer of defense News By DA Editor / 15 Feb 2021 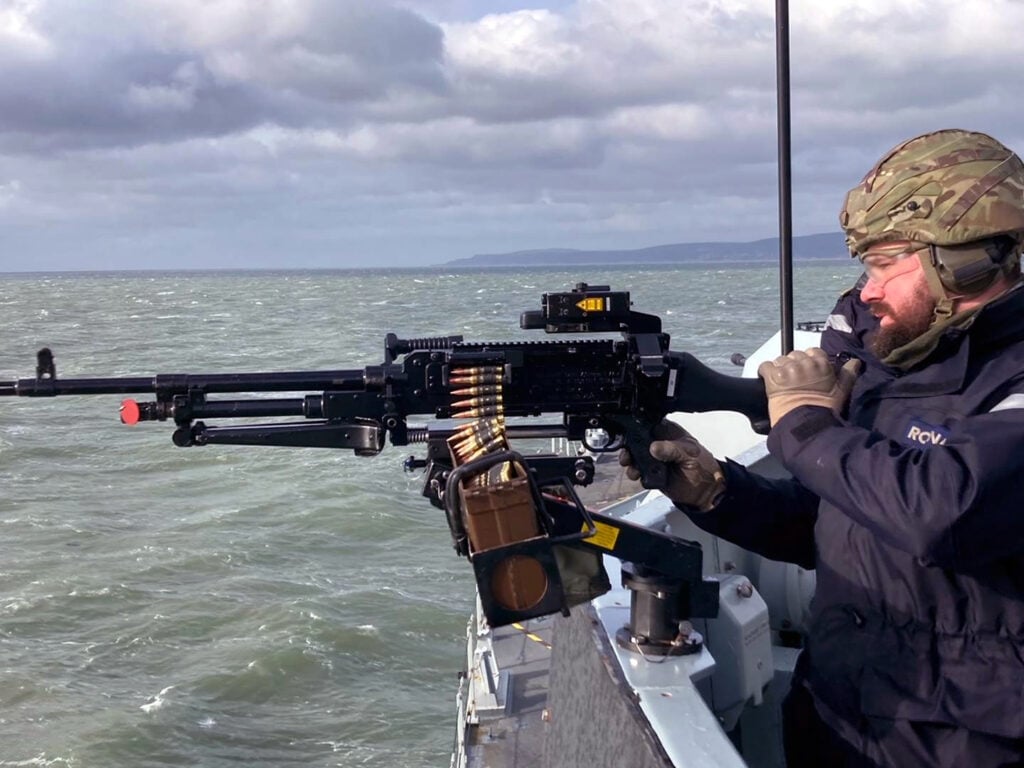 The Portsmouth based warship HMS Lancaster has been fitted with heavy machine-guns to fend off small, fast-attack craft guns, tested for the first time off the British South Coast.

After a hectic 2020, the ship began this year undergoing maintenance before resuming her place in the Fleet’s order of battle.

The .50 calibre gun has long been a favourite of the Royal Marines, for example on WMIK Land Rovers, and for aircrew whereby it’s fitted to the Fleet Air Arm’s Wildcat and Merlin helicopters when they are providing air surveillance.

But for close-protection, ships either rely on the lighter general purpose machine gun (GPMG), sometimes the Minigun (a manually operated Gatling gun) and, as a last resort, standard issue SA80 rifles.

As the name suggests the .50 heavy machine gun, generally known as the ’50 cal’ or HMG (heavy machine gun) spews out half inch/12.7mm diameter shells at 500 to 600 rounds per minute.

Effective at ranges up to about 2,000 metres, its bullets can penetrate light armour and will tear through plastics such as RIB speed boats.