The TiltRotor Aeroelastic Stability Testbed (TRAST) will aid studies of whirl flutter behavior, to predict how different tiltrotor configurations such as wing extensions will fare against extreme forces News By DA Editor / 14 Dec 2020 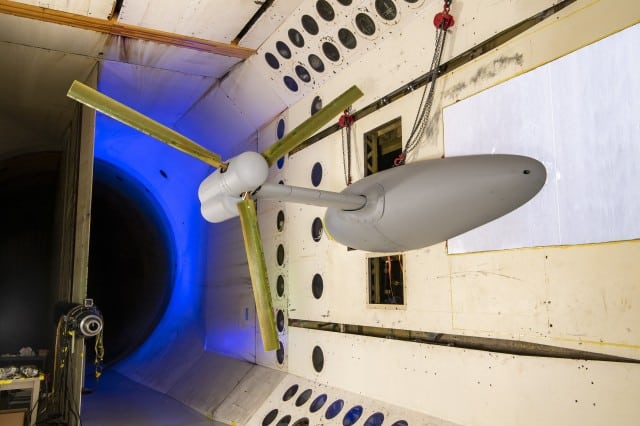 A team of U.S. Army researchers and industry partners completed the construction of a testbed that will help to inform the design of future Army rotorcraft. The team plans to test the TiltRotor Aeroelastic Stability Testbed (TRAST) in a massive wind tunnel at the NASA Langley Research Center, to gauge the effectiveness of modern tiltrotor stability models.

“This research effort is to gain confidence in Future Vertical Lift vehicles that are aimed at a tiltrotor configuration,” said Andrew Kreshock, an Army aerospace engineer at the U.S. Army Combat Capabilities Development Command, now known as DEVCOM, Army Research Laboratory. “Since future vehicles are being developed without wind tunnel testing, this puts more pressure for accurate stability predictions.”

Tiltrotors offer enormous potential for the Army in terms of speed and vertical lift capability. Unlike most aircraft, they can hover in the air like a helicopter or fly forward at great speeds like an airplane depending on the orientation of their rotors. The ability to transition between the two modes allows tiltrotors to capitalize on the advantages of both rotorcraft and fixed-wing aircraft depending on the situation.

“Currently, the max speed of conventional helicopters is around 160 to 180 knots,” Kreshock said. “Tiltrotors can achieve 300 knots. We’re looking at almost doubling the speed of our current fleet and thus increasing our range by almost twice as much in the same flight time.”

But despite its versatility, tiltrotors face severe stability issues due to the placement of incredibly heavy engines with large rotors on the end of the wings. The interaction between the propellers and the wings can generate a dangerous phenomenon known as whirl flutter, where strong aerodynamic forces cause the airframe structure to shake violently and even fail.

As a result, tiltrotors are difficult to construct properly, and researchers continue to validate tools necessary to predict how different tiltrotor configurations will fare against whirl flutter.

According to Kreshock, TRAST serves to help researchers develop state-of-the-art analysis software that open the possibilities for new tiltrotor designs. In order to predict whirl flutter behavior in TRAST, Kreshock and his team used a structural code called NASA Structure Analysis, or NASTRAN, to model the aerodynamics of the wing and two other programs—the Comprehensive Analytical Model of Rotorcraft Aerodynamics, or CAMRAD, and the Rotorcraft Comprehensive Analysis System, RCAS—to model the rotorcraft.

Through the combination of these three programs, the team isolated the aerodynamic behavior of individual aircraft components and then used this information to estimate the stability boundaries of the TRAST model.

Once the researchers test the TRAST model in the wind tunnel, they can compare how well the predictions generated by the analysis codes match the actual behavior of TRAST in the face of extreme whirl flutter.

According to Kreshock, present tiltrotors like the V-22 Osprey handle the issue of whirl flutter through reinforced airframes and thick airfoils, which severely increase the weight of the aircraft. He believes that TRAST may help the Army explore new design possibilities for tiltrotors that resolve the whirl flutter problem in different ways, such as wing extensions.