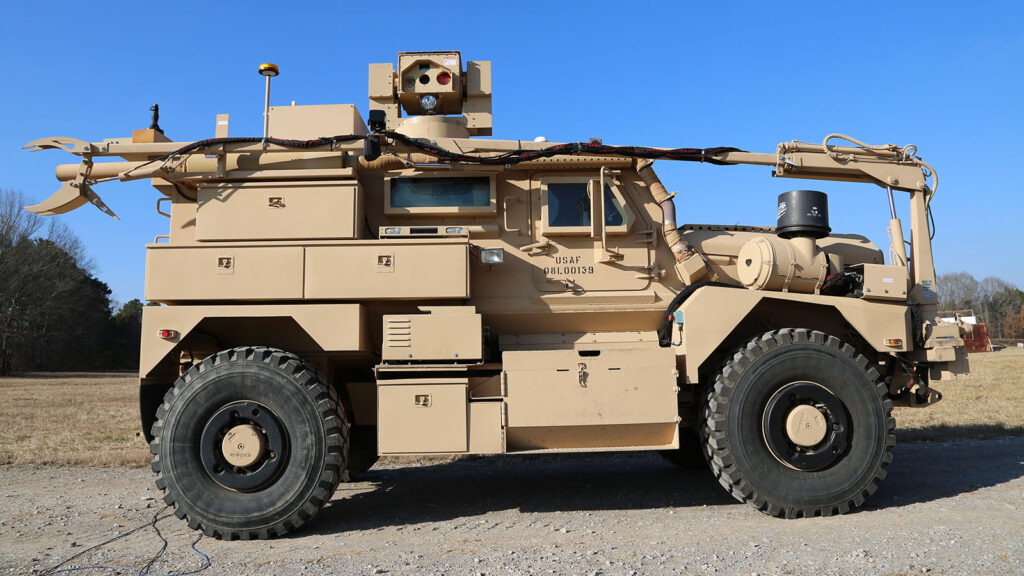 Parsons Corporation has entered into an agreement with the U.S. Air Force to manufacture, integrate and maintain 13 of its Recovery of Airbase Denied by Ordnance (RADBO) systems, which include the company’s ZEUS directed energy systems for Explosive Ordnance Disposal (EOD). ZEUS destroys unexploded ordinance with extreme accuracy in previously denied areas and improves the safety of deployed warfighters.

The $50.6 million, six-year contract marks the first time that the Department of Defense (DoD) has made a production order for a ground-based laser system. The program is the first Department of Defense (DoD) ground-based laser system placed into production. RADBO is made up of of three main components: a mine-resistant ambush protected (MRAP) vehicle, the ZEUS laser, and an interrogation arm assembly. Air Force EOD personnel can operate the laser and robotic arm from the safety of the MRAP vehicle to rapidly clear multiple items of unexploded ordnance from airfields.

The ZEUS laser can hit targets more than 300 meters away from the vehicle and is powerful enough to detonate small submunitions from cluster bombs, land mines, general purposed bombs and thick-cased artillery rounds.