The Airbus Defense and Space campaign focused on operational flexibility and aircraft agility, testing lower altitude flying and early stage transition to the stratosphere of the solar-electric Zephyr. News By DA Editor / 06 Jan 2021 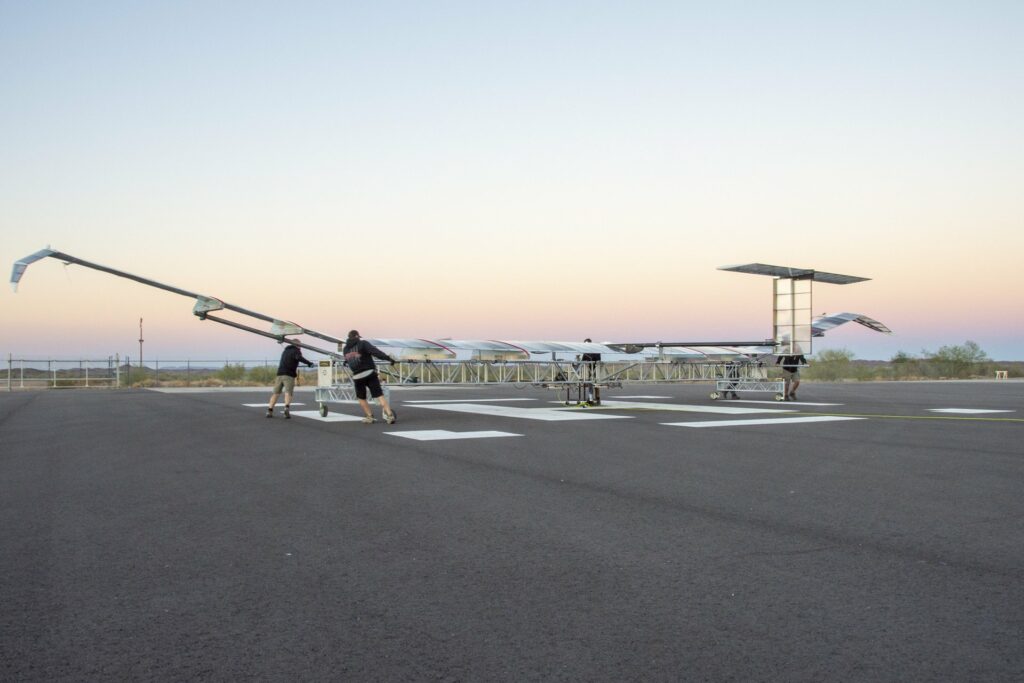 The new campaign focused on aircraft agility, control and operations to build upon previous campaigns, which have already proven the day and night stratospheric persistence of the unmanned aerial system (UAS) essential in military and commercial markets.

The test flights aimed to demonstrate operational flexibility and aircraft agility, particularly testing lower altitude flying and early stage transition to the stratosphere. It also allowed the validation of a new flight planning tool suite and the development of operational concepts through multiple, varied flights in short succession.

“Having proven stratospheric flight, we continue to further mature the operational system with the objective to be more flexible and robust in order to meet our customer needs. The outcome of this campaign is a valuable contribution to the full flight programme next year,” said Jana Rosenmann, Head of Unmanned Aerial Systems at Airbus.

The flights demonstrated take-off, climb, cruise, upgraded flight control and descent phases, followed by successful landings. The objectives of the test campaign were all achieved showcasing a more resilient and capable aircraft.

As well as delivering new see, sense and connect capabilities to commercial and military customers, the Zephyr has the the potential to revolutionize disaster management, including monitoring the spread of wildfires and oil spills. The HAPS will provide persistent surveillance, tracing the world’s changing environmental landscape and will be able to provide communications to the most unconnected parts of the world.

Already in July 2018, the Zephyr team conducted a successful test flight campaign when Zephyr S flew in the stratosphere for nearly 26 days (25 days, 23 hours and 57 minutes‎).

It remains the longest flight duration of an aircraft ever made without refuelling. The aircraft persisted in the stratosphere day and night, consistently achieving a dawn altitude of 60,000ft as well as its highest altitude of 71,140ft.