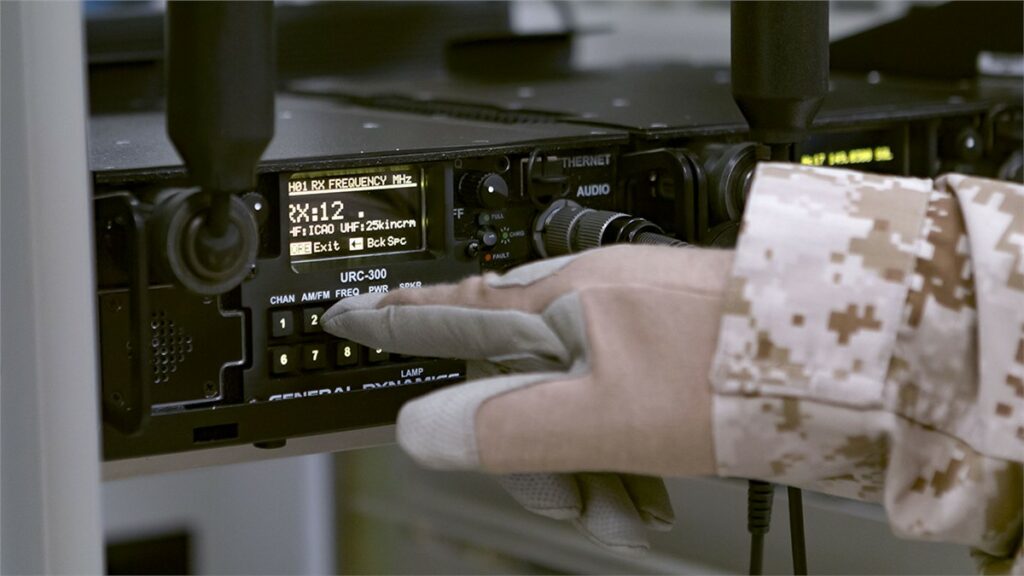 Multiple radios can be operated at distances as close as 6.5 feet apart without interference, compared to many tactical man-pack radios that often require 50 to as much as 115 feet of separation. This close proximity capability enables rapid grab-and-go, multi-channel operations during emergency situations.

The rugged radio meets MIL-STD-810 requirements, providing protection against shock, vibration, altitude, humidity and temperature. It is interoperable with its predecessor, the URC-200 (V2), and many of its accessories. Since the new radio is smaller and lighter, two units can fit side-by-side in a single 19” rackmount tray. The radio’s newly re-designed front panel has a functional display and a simple, intuitive glove-friendly keypad interface.

A Web Maintainer application allows the user to connect to the radio’s interface and control and monitor the front panel functions using an internet browser such as Chrome or Edge. The URC-300 operates on standard lithium ion batteries, and has a re-designed power supply that enables users to operate directly on DC power with embedded power conditioning for dirty power source environments.

URC-300 transceiver backpack systems will be delivered to the U.S. Air Force’s Radar, Airfield and Weather Systems team at Kadena Air Base in Japan to improve ground-to-air communications at their alternate air traffic control tower and contingency field operations. The system has been specifically designed to enable future features and functions to be added in the field via quick and simple software upgrades.

Bill Ross, vice president at General Dynamics Mission Systems, commented: “Conventional software-defined radio platforms require additional hardware retrofits when new software is installed, requiring customers to return the radios to the manufacturer. We have essentially reinvented the term “software-defined” by designing the URC-300 with a flexible, core architecture comparable to a commercial smart phone. This approach simplifies new waveform and feature technology insertion enabling field upgradability without having to take it out of service. This essentially makes the radio “future proof” and greatly improves the value proposition for our customers, resulting in significant time and life cycle cost savings.”