The iMUGS consortium developing European Unmanned Ground Systems demonstrated the results of the first phase of the project: deploying unmanned systems to the battlefield and teaming them with manned units and vehicles milrem-robotics News By DA Reporter / 15 Jul 2021 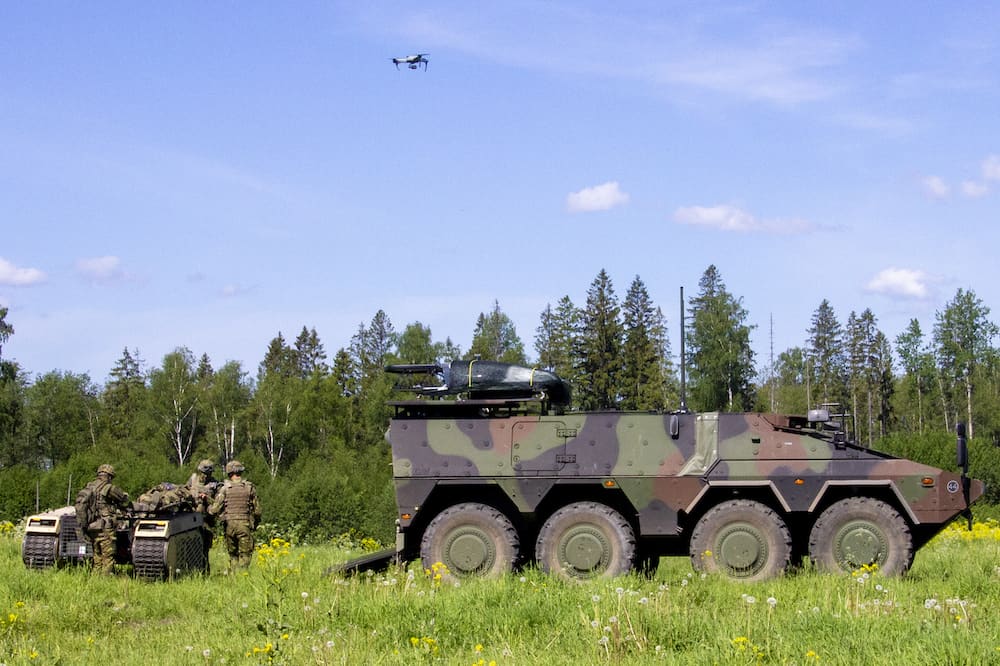 The consortium behind iMUGS (integrated Modular Unmanned Ground System), a €32.6 million project with the aim of developing the European standard Unmanned Ground System (UGS), demonstrated the results of the first phase of the project: deploying unmanned systems to the battlefield and teaming them with manned units and vehicles.

The demonstration was spearheaded by Milrem Robotics, the coordinator of the consortium.

During iMUGS, a modular, cyber secure and scalable architecture for hybrid manned-unmanned systems will be developed to standardize a European wide ecosystem for aerial and ground platforms, command, control and communication equipment, sensors, payloads, and algorithms.

The system will utilize an existing Unmanned Ground Vehicle (UGV) – Milrem Robotics’ THeMIS – and a specific list of payloads.

“The main objective of the iMUGS project is to integrate robotic systems with existing manned technology into European defence forces adding a new capability that will overmatch our adversaries’ abilities,” said Kuldar Väärsi, CEO of Milrem Robotics.

During the first demonstration, consortium partners showcased how the THeMIS can be deployed onto the battlefield using common Armored Personnel Carriers (APC) and teamed with unmanned aerial systems.

Specific technology used were the Boxer APC by Krauss-Maffei Wegmann and a tethered drone by Acecore Technologies. A multirotor drone by Atlas Dynamics was also part of the scenario.

Altogether two scenarios were played out in cooperation with the Estonian Defence Forces.

In the first scenario the THeMIS integrated with Acecore’s tethered drone was operated Beyond the Line of Sight (BLOS) by the soldiers and used to detect and target an enemy position. After determining the target, indirect fire was ordered and after-action review performed using the drone footage.

The purpose of the second scenario was to retrieve a casualty from a crashed vehicle and afterwards retrieve the vehicle. Both actions were performed with the THeMIS UGV while the Boxer towed the UGV into the mission area and Atlas’ drone provided overwatch and situational awareness.

“The demonstration confirmed that we have the interaction between manned and unmanned systems, as well as the interaction of hardware and software, under control,” said Thomas Reining, iMUGS Project Manager in Krauss-Maffei Wegmann.

The requirements for the standardized UGS have been set by seven EU member states: Estonia, the leader of the project, and Belgium, Finland, France, Germany, Latvia, and Spain.

“All of the participating nations have shown great interest in contributing to the development of the European UGS,” said Martin Jõesaar, iMUGS project officer in the Estonian Centre for Defence Investments.

“The countries understand that they have to grow with the industry to integrate this kind of new technology rapidly and guide the industry towards the best solutions.”