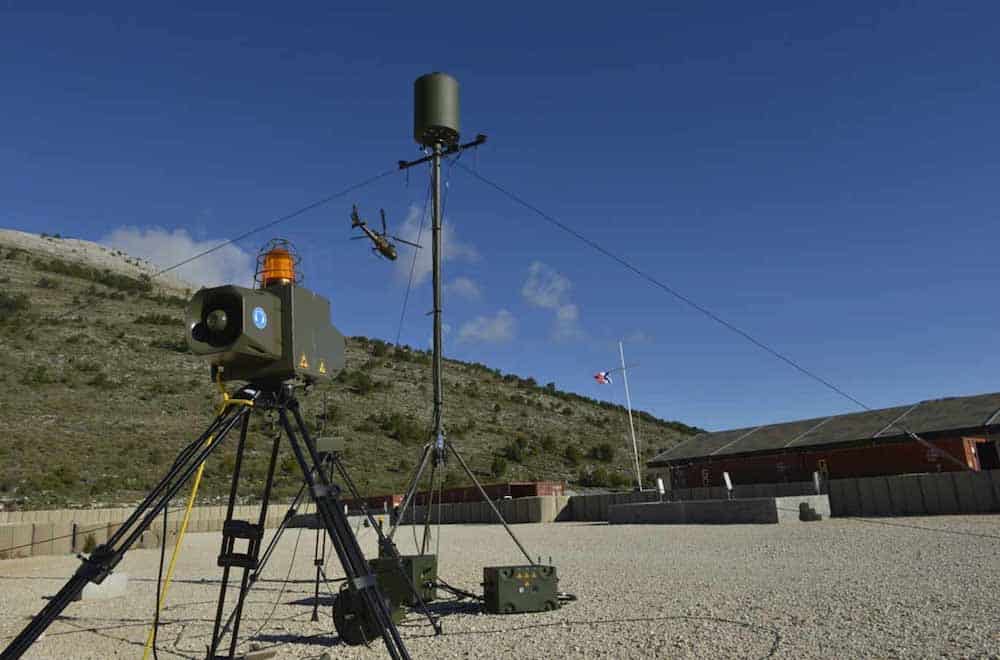 Thales has announced the signing of a contract with the German Armed Forces for the Ground Alerter 10 (GA10), a portable C-RAM system for Force Protection.

The contract is the result of a tender issued late December 2020 by the German procurement agency, the Federal Office of Bundeswehr Equipment, Information Technology and In-Service Support (BAAINBw). In addition to training, documentation and initial spare parts requirements, the contract includes an option for the delivery of more systems, with a first handover planned end 2021.

Combat proven in various missions such as convoy and camp protection, the GA10’s integrated alert network warns military personnel of missile and mortar threats by generating an acoustic and visual alert at the estimated impact point area.

This takes place as soon as the trajectory indicates an imminent impact in the respective safety area. The system simultaneously provides reliable data on the firing position at an early stage to facilitate necessary countermeasures.

The GA10 consists of an UHF radar, an integrated alert network with several alert devices and a control device (hardened laptop).

The radar system comprises of an antenna (including GPS positioning system) with a 6m telescopic mast, an electronic RF unit (RFC) and an electronic signal processing unit (SPC).

Portable and lightweight, with a fully automatic 24/7 sense and warn capacity, it offers a low power consumption of 350W using battery-power only, tactical for out-of-area missions. Two people can accomplish en-camp/de-camp and only one person is required for system initialization and monitoring.

“We are very pleased to receive this contract, as it will significantly support the protection of German soldiers in their important and dangerous out-of-area missions. Together with BAAINBw we managed to process the project within only 2 months between tender award and the contract conclusion,” explains Maja Velimirovic, Director Land & Air Systems at Thales Germany. “Ground Alerter 10 is a European design, with final development in Germany – a Military-Off-The-Shelf series product – drawing on strong radar expertise and operational experience in Germany, produced here at the Thales Germany Ditzingen site, from Germany for Germany so to speak.”