With HMS Spey’s handover from BAE systems, the Batch 2 River-class programme comes to an end, £44m under budget and on time thanks to effective collaboration between the MOD and industry partners News By DA Editor / 18 Jan 2021 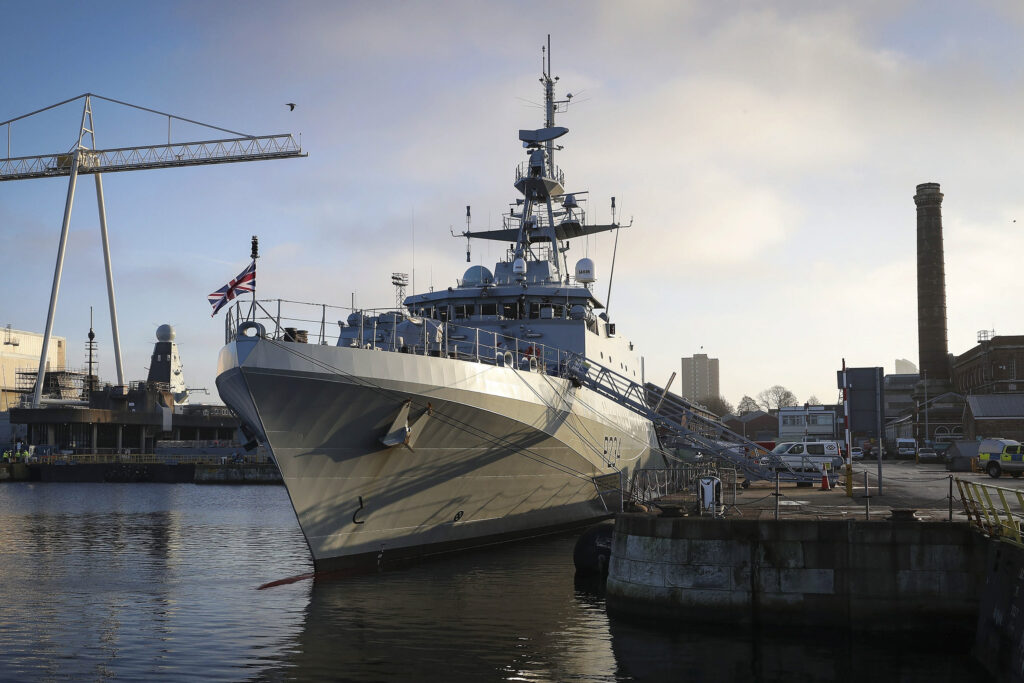 HMS Spey was delivered to Portsmouth Naval Base in October from BAE Systems’ shipyards on the Clyde for the final stages of construction before Spey’s crew took custody of the vessel on the 7th January.

“It is such a privilege to lead Spey’s complement through the coming trials and training programme and bring her to operational status,” said Spey’s first Commanding Officer, Lieutenant Commander Ben Evans.

“In spite of the considerable disruption caused by the pandemic, the Royal Navy has received the fifth and final offshore patrol vessel and our job now is to prepare ourselves and HMS Spey for whatever operations we are assigned” added Evans.

No guests were invited for the ceremony to change the Blue Ensign – denoting a ship in government service – for White, and only essential personnel were on board Spey, which is expected to depart Portsmouth next month for the first time.

HMS Spey will need to complete a series of safety and readiness checks, successfully complete a month of Operational Sea Training later this year and then the vessel can be formally commissioned into the Fleet like HMS Tamar and Trent did during 2020.

These two ships are both on operations in UK waters, Trent having returned from its second deployment to the Mediterranean. The first two Batch 2 River Class, HMS Forth and Medway are deployed to the South and North Atlantic respectively.

The second-generation River-class programme has delivered five warships inside six years, joining the original Rivers (HMS Mersey, Severn and Tyne), with the two most recently constructed benefitting from urea filters which reduce their nitrogen oxide exhaust emissions by 90 per cent.

With Spey’s handover, the Batch 2 programme comes to an end, £44m under its original approved cost of £690m and on time thanks to effective collaboration between the MOD and industry partners.

At its peak, it has sustained about 1,400 jobs within BAE Systems, including more than 200 apprentices, and delivered a supply chain spend of almost £240m to more than 150 suppliers across the UK and Europe.