In carrying out its Hydrographic Service Activities around Denmark and Greenland, The Royal Danish Navy has, for many years, used Teledyne RESON Multi-beam Systems to gather information. As opposed to single-beam sonar systems, which send a single sonar beam to map the seafloor directly below a vessel, multi-beam systems are able to send several separate beams out, providing 100% coverage.

Teledyne’s systems continue to be used due to their ease of operation, but a large driving factor behind the Navy’s decision lies in the data quality provided. As a result of superior data quality, there is little to no need for data cleaning, allowing more time for surveying and less time for data processing. In addition to this , recent developments in autonomous AI sonar controls (which allow systems to move and interact without an operator), mean that ease of use is at an all time high. This leads to better data quality, more accurate charts and increased safety for maritime traffic.

Regarding this acquisition, Uni Bull, Senior Product Manager for the SeaBat multi-beam sonar product range said: “The Royal Danish Navy is a long term RESON multi-beam user. They have high standards and they will only settle with the best and most efficient solution. The SeaBat systems’ high accuracy and unique firmware features provides the Danish Hydrographic Service the ultimate data quality they want”. 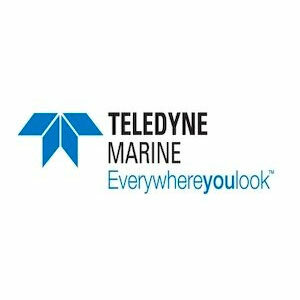