The VT085/VT086 from VadaTech, when used together, forms a complete KVM extension over a secure LC Fiber link, and the video encode/decode is lossless News By DA Editor / 29 Dec 2020 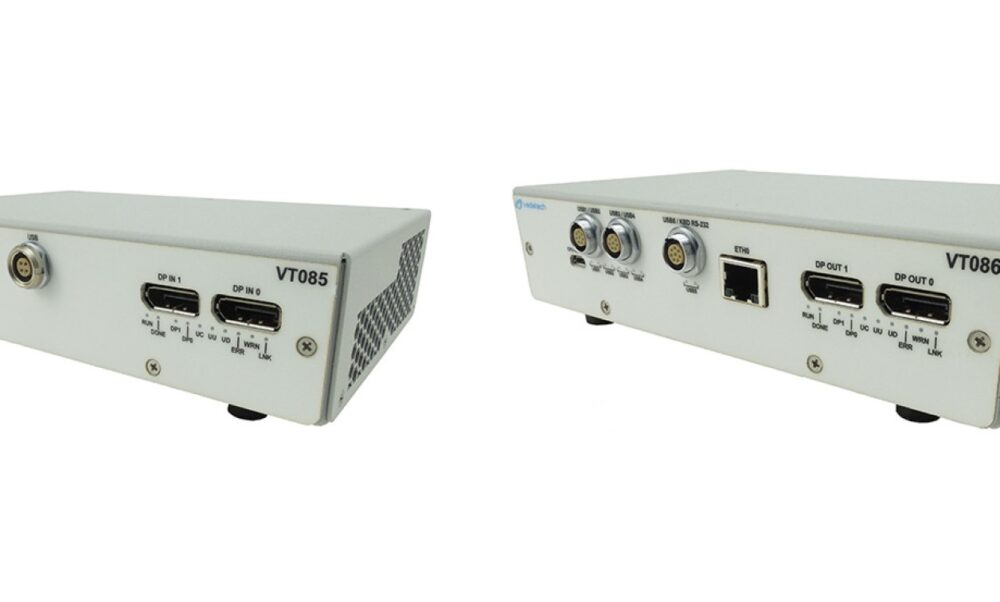 VadaTech, a leading manufacturer of integrated systems and embedded boards, have announced the VT085/VT086. VT085, when used in conjunction with a VT086, forms a complete KVM extension over a secure LC Fiber link. Data is encoded using a proprietary algorithm which, together with the use of fiber, combats interception of sensitive data.

The VT085 encodes the USB2.0 as well as dual DP++, Display Port (DP) or HDMI and transmits the data over LC fiber. The video can be up to 4K resolution on each of the two video inputs. The output (VT086 side) has video overlay capability with the overlay images being programmable and controlled over Ethernet by the user. Video encode/decode is lossless. The VT085 configuration and management are available via serial port.

The VT085/VT086 encoding/decoding and data processing is done in hardware for a very low latency protocol. The glass to glass latency is less than 20ms. The module supports white listing of attached USB devices. The host USB can only numerate approved devices, preventing unauthorized access. It can also store a secure key to ensure the unit cannot be compromised. In addition, it utilizes ruggedized I/O connectors for harsh environments.

The VT085/VT086 is orderable with a fan less enclosure or optionally as a board-level product without enclosure. This allows customers to fully integrate the unit into their own user console.