Vita Inclinata Technologies has released video footage of recent exercises in which two HH-60 Black Hawk helicopters – one with its Vita Rescue System and one with a traditional legacy system – face off for simulated patient rescues. The exercise also tested a dynamic hoist at a speed of 80 knots, and race from a hover.

The footage, shot from the Montana Army National Guard base in Helena, Montana, was collected as part of Vita’s Soldier Touchpoint program as the company carries out tests, receives feedback, and incorporates it into its production-model systems.

Bryce Anderson, former PD Medical Evacuation (MEDEVAC) and now Vice President of Army Programs for Vita, added, “The video shows better than any words that the Vita Rescue System will allow faster, safer, more precise rescues, with reduced hover and exposure time. We thank the Montana Guard for their awesome flight crews and willingness to test our system.” 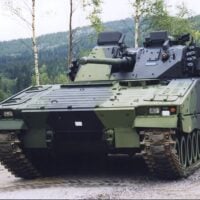 DSEI Japan 2022 January 26, 2022
Japan
Send Inquiry To receive further information or request a quote, complete your details and a representative from will be in touch.